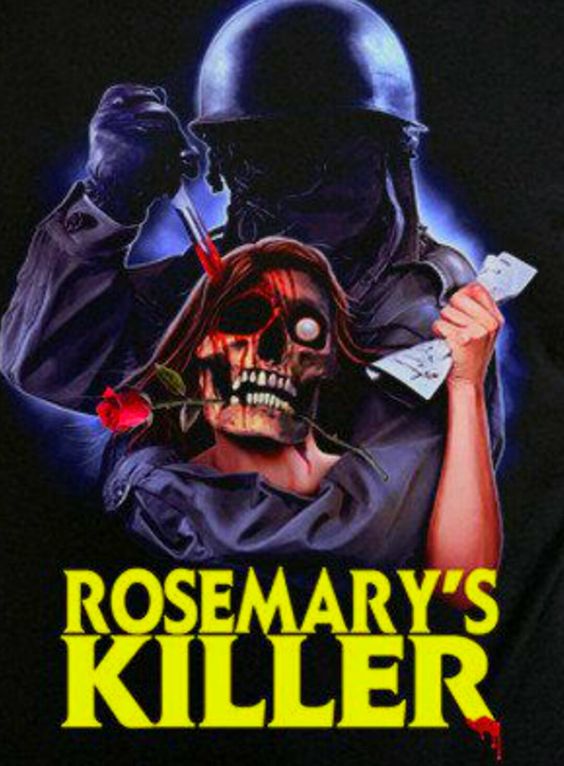 The Prowler is an overlooked horror film from that golden age of slasher films of the late 70s and early 80s. The film is directed by Joseph Zito who has special effects wizard Tom Savini to thank for the film’s best scenes. The two also teamed up for Friday the 13th: The Final Chapter (part 4), and that film is a superior effort to this one.

The Plot of this film is very similar to My Bloody Valentine. We have a brutal act of violence taking place many years ago. We have the first big social event scheduled in several years on the very grounds where the trouble took place. And we have a spooky killer chopping up victims left and right. Only instead of full mining gear, our Prowler is dressed in WWII era military fatigues.

The gore is by far the best thing this film has going for it. There are some DISGUSTING killings which look very much like they could be the real thing. Our killer loves to use his bayonet, a pitchfork, and a sawed-off double barrel shotgun on his victims. Most of the killings in the version I have are not mere snippets of knives piercing flesh. You see the killer slice and penetrate these victims until they aren’t breathing any more. There is a tidal wave of blood spilled in this film. They saved the best for last, when we see just what a blast from a shotgun at point blank range can do to someone’s face. (I would not dream of revealing the victim’s identity here!) The film has some glaring dead spots, too. Lawrence Tierney who is billed pretty highly makes such a short appearance you wouldn’t believe it. Character development is nearly non-existent, and the motivation behind the carnage is not defined by any logical means. Let me put it this way; I have absolutely NO IDEA why the killer committed these murders. I wonder if the writers even knew.

Gore fans will definitely need to see the uncut version of this film at some point in their lives. It’s like a golfer having to play a certain course he heard is interesting before he dies or a skier having to try a certain slope. That kind of thing. See this film out of a sense of duty, but don’t expect a true classic.