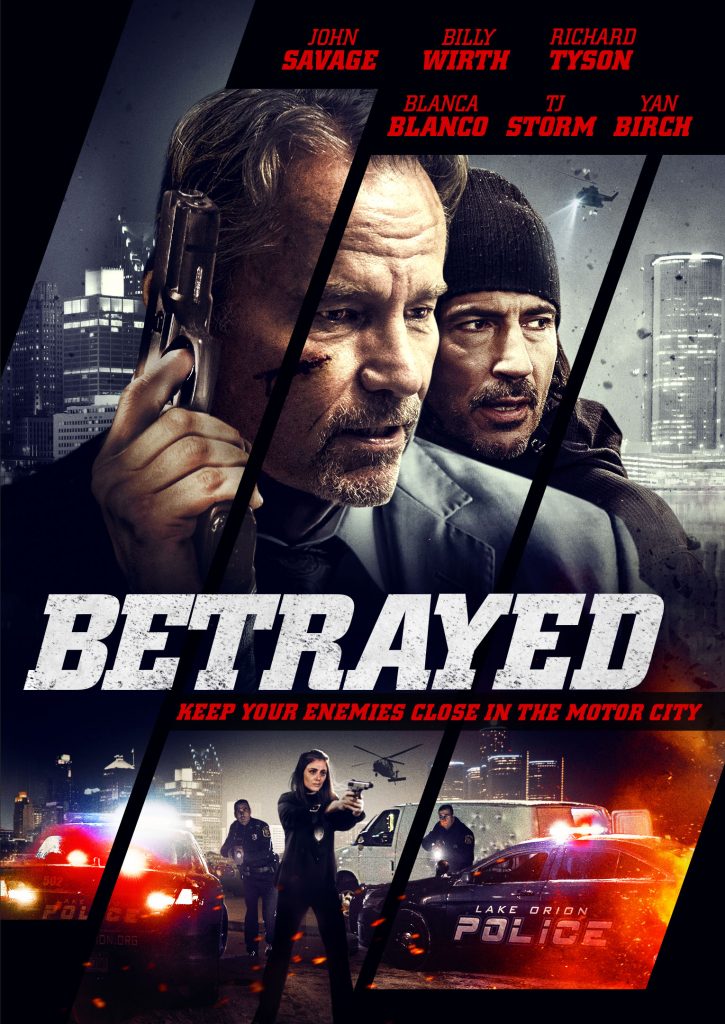 Betrayed is a very intense action, crime, thriller that’s very entertaining.  The film won multiple awards and was nominated for many more. It was written and directed by multi award-winning filmmaker Harley Wallen and produced by Harley and his wife Kaiti’s film production company ‘Painted Creek Productions,’ both of them also have roles in the film.

Starring John Savage, Richard Tyson, Billy Wirth, Yan Birch and TJ Storm, Betrayed has a strong message about sex trafficking and does an excellent job portraying the pain the victims and family endure.  It also shows how ruthless and inhuman the traffickers are. As disturbing as the subject matter is, Harley does an excellent job making an intriguing film with tons of action and cringing moments.  The directing, acting, editing, combined with the intense music will keep you glued to the screen from the opening moments till the ending resolution.

In an effort to control the city the Mayor opens the doors to the Russian Mob. It is not long until he realizes they aren’t going to follow his rules. To fix the problem he accepts an offer to set up the Russians and open the door for the Cartel. When the Russians find out they take the Mayor’s Daughter and then the real games begin. Considering the mayor has been involved with the mob, there’s not much sympathy for him, but his daughter is a great girl and you want the best for her. He’s in a difficult position with the residents irate about the numerous missing girls including his daughter. In attempt to find and rescue his daughter he has to take matters in his own hands and hires a ruthless hitman to get his daughter at any cost.

Meanwhile, a couple police officers are trying to put the pieces together and find out who is behind all the kidnappings and murders.  The more they dig deeper the more disturbing facts they find out about the murdered girls. For example, one of the officers realizes that one of the victims may have been a fellow runner she’d see on the same running path and the other officer questions, “A heroin junkie that jogs?”  Which pushes them to investigating more and they find yet another unnerving ordeal that the kidnapped girls endured.

Betrayed is now a now available on Blu Ray and DVD and VOD by Vision Films through its distribution deal with Sony Pictures Home Entertainment.