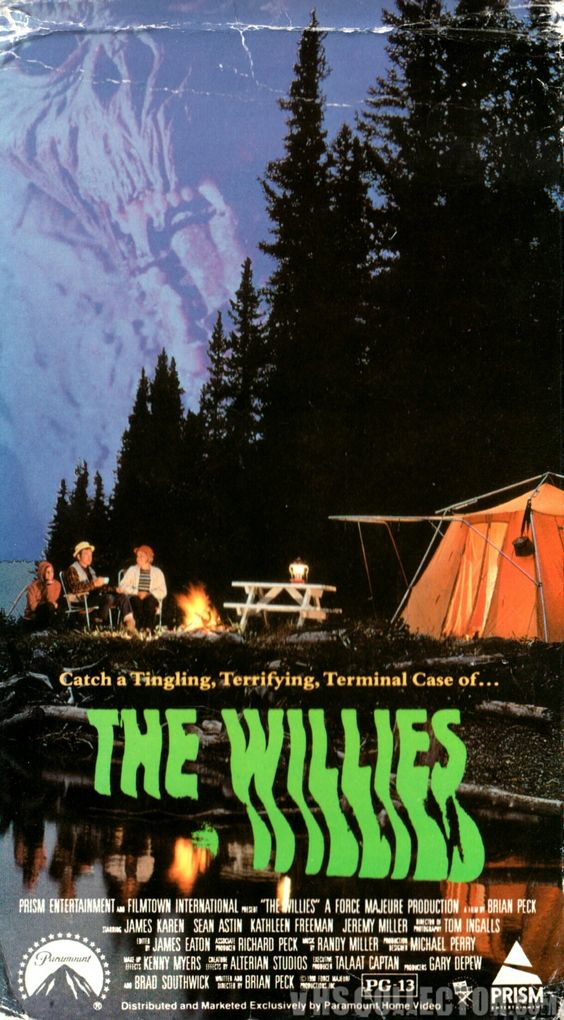 I’ve seen ” The Willies ” a few times before, and hated it every time until I saw it again this afternoon. I realized that it really isn’t a bad movie. You can tell it’s aimed at the younger audience, but it’s still enjoyable. Theres just something about it, I don’t know what. That something has made me watch it 4 times in the last two years, even though I didn’t like it until today. I rather liked the ghost stories the kids told, Like the school janitor who turns out to be a monster and kills kids who pick other children. I especially liked the one about the kid obsessed with dead bugs, though its somewhat… morbid to say the least. I think they should’ve added another skit like those two, instead of those annoying skits in the beginning. Like a poodle blowing up in a microwave, a carnival ride giving a man a heart-attack, and a lady ordering a bucket of fried chicken and biting into a dead puppy. ( now that is disgusting, and outright twisted )

But another highlight for me were the appearances of James Karen ( the janitor/monster ) Sean Astin ( camp out teen ) Jeremy Miller( Growing Pains… Jeremy played a bully by the way ) and Kirk Cameron and Tracy Gold. It was also directed by Brian Peck. ( He played Scuz in ” The Return of the Living Dead ” ) All in all ” The Willies ” is pretty good movie.