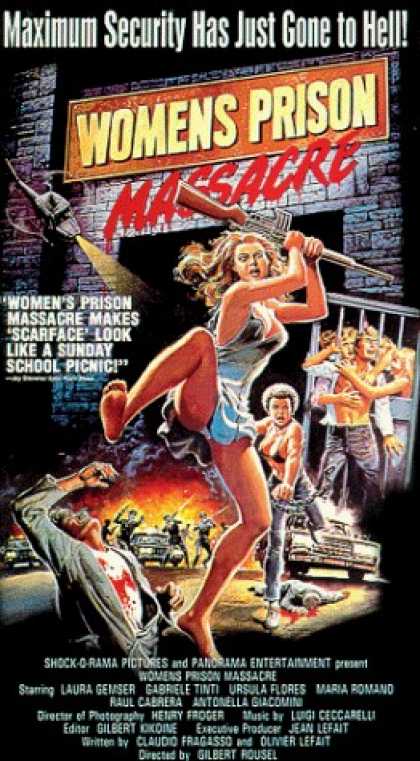 This film has been identified in some secondary sources as an alternate title for the one released in US as CAGED WOMEN but they are in fact different, though not *too* different. For the greater part, WIP fans do prefer “the mixture, as before,” without innovations, though it helps if there is a plot more coherent than the average Jess Franco production.

In this outing, Laura Gemser is not Emanuelle, doing undercover journalism at a prison, but rather a hard con doing time. Lorraine de Selle is still on staff and still has that hooker underwear she modeled in CAGED WOMEN, and best of all, the haystack hair blonde and skinny teenish brunette are both doing 20-life here too. The blonde looks as if she’s eaten a little lasagna since the previous picture. Her opening scene finds her wearing nothing but *tight* kini panties, over which her tummy roll hangs enticingly. Wow! (scene is ‘way too short.)