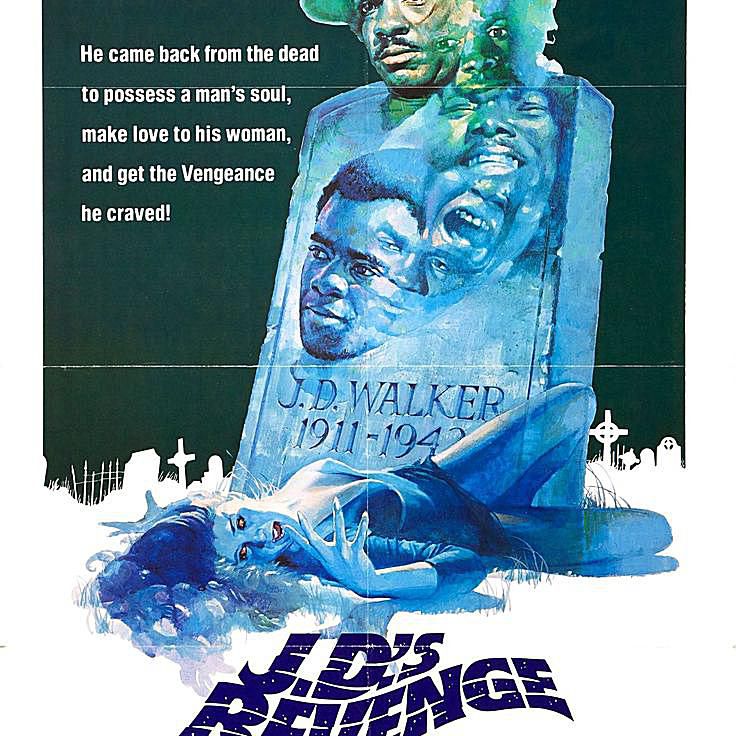 Accomplished, but unspectacular blaxploitation horror with a tremendously ripe lead performance by Glynn Turman in presenting two very different (from placid to extreme) personalities. He plays a genuinely high flying and collected law student Isaac that during a hypnosis session experiences shocking visions and begins to undergo a personality change of a brutally hot-headed and jive-talking 1940’s street hustler J.D. Walker. Through flashbacks that erupted in Isacc’s mind we learn that J.D was wrongly accused of murder and then killed. Now he’s seeking revenge beyond the grave and he’s using Isaac to do so.

Director Arthur Macks doesn’t generate anything particularly frightening with the flipped-out supernatural current, but works well with the gritty and murky air to cement tough groundwork. There is a ruthlessly razor-sharp vibe throughout, even though the make-up is cheaply done, it’s Turman’s tour-de-force performance that sells it. Despite a well-rounded story, there are moments in the script that seem to linger and succumb to repetitiveness with a conclusion that feels all too convenient. Robert Prince’s unhinged music amusingly experiments with psychedelic sounds from foreboding electronic stings to funky cues. The rest of the performances are efficiently fair with Louis Gossett Jr. and Joan Pringle.