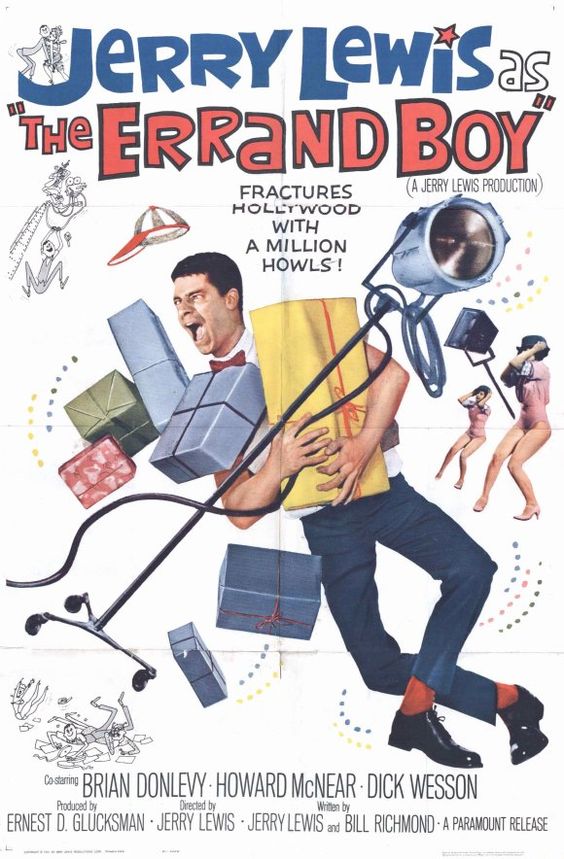 One of the first of many Jerry Lewis comedies that Paramount (Paramutual) Studios would produce throughout the late 50’s and 60’s. I disappointment to not have the movie in color, the black and white not only shows the movie’s early roots, but the classic Hollywood esq. that the movie takes place in. In many ways, the movie opens and closes poking fun at the Hollywood system and the people in it. The ending showcases a moral that if you are in the right place at the right time and that you know the right people, you too can make it in Hollywood. \ Jerry Lewis has many moments throughout the movie. Many if not all re comical. His childlike qualities gives Lewis the reputation that he can do no wrong. Like most Jerry Lewis movies, he is not the only highlight. All of his movies have a strong central cast without any weak links. All the supporting characters (funny or not) are terrific. An interesting scene with the New York based filmmaker. In a way, it shows the different ethic that east coast has compared to the west coast. One of the more interesting parts of the movie, it is far from anything comical. It makes me wonder why Jerry Lewis included it in the film…..being from the east coast himself.