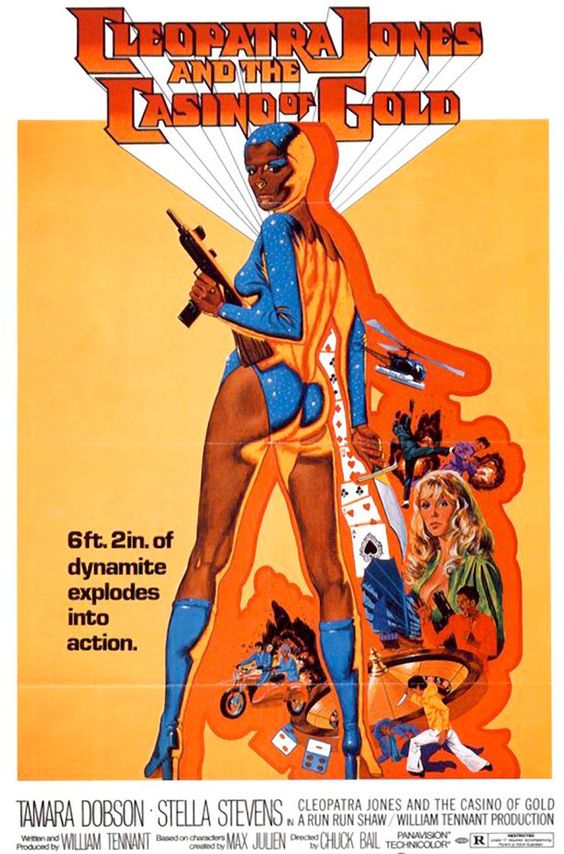 ‘Cleopatra Jones and the Casino of Gold’ is even more enjoyable than ‘Cleopatra Jones’ (if such a thing is possible!), because it realizes that the best thing about the first movie was its sense of fantasy. The sequel doesn’t even attempt to be realistic or socially aware, it goes for trashy Bond-like entertainment, and is all the better for it.

Special Agent Cleopatra Jones (the beautiful Tamara Dobson) arrives in Hong Kong after the disappearance of her friends the Johnson brothers (the always amusing Albert Popwell and Caro Kenyatta) in a drug sting gone wrong. She befriends a local street smart girl Mi Ling (Tanny) who helps her track them down. All paths lead to The Dragon Lady (Stella Stevens).

In the first movie Cleo’s nemesis Momma was played by Shelley Winters, a drug pushing lesbian. In this movie it’s Winters’ ‘Poseidon Adventure’ co-star Stevens, again a drug pushing lesbian. What’s up with that? I don’t know, but The Dragon Lady beats Momma at her own game, she also runs a gold casino in Macao, has foxier girlfriends, and is pretty nifty with a sword.

This is fantastically entertaining silliness. Cleopatra wears her usual outrageous outfits, talks tough, kicks ass, and never runs out of wise-cracks or loses her cool. The relocation to Hong Kong and the ensuing increase in martial arts is a good thing. Don’t ignore this movie if you’re a fan of blaxploitation, ‘Enter The Dragon’ or James Bond. Great fun!