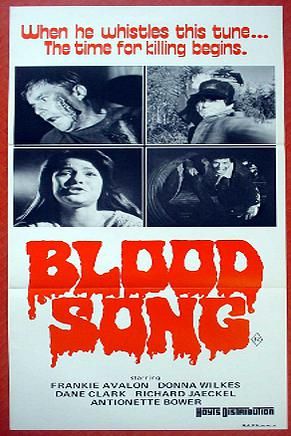 Bloodsong (a.k.a. Dream Slayer) is a rare and almost totally forgotten horror trash flick made during the 1980s’ boom of slasher films. Don’t get me wrong, though. I say trash in a good way; defining the genre rather than the quality. Because, in quality this movie is quite mediocre and, actually, not at all that bad as some would make it out to be. It’s sleazy, but by no means a sleaze flick. It’s violent only to and extent. It’s bloody, but not too much. And, although it was not a t.v. movie, it sometimes has the feel of one. On top of all this mediocrity, there are some assets to Bloodsong. The acting and storyline are pretty good, there’s plenty of cheap 80s style and substance, and it’s the only film in which you can see former teen heart throb Frankie Avalon play a hatchet wielding psycho.