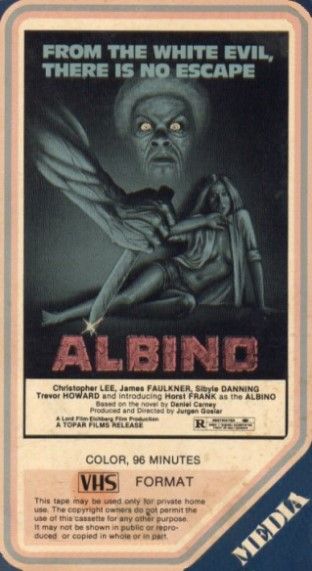 Albino, although made in 1976, works as an action film set in the present day. This movie is basically about conflict between those who enforce the law and those who break it to terrorize others. This conflict is the key, and it explores the temptation of law enforcers to break the law to get the terrorists. This theme is perhaps more relevant now than prior to September 11, 2001.

Sybil Danning fans get to see her in only a few scenes. This is NOT a sexy movie. Her character (Sally) has a key role in the plot development. Her riding a horse to the climactic confrontation for her character reminds me of classic “maiden in peril” Westerns, and thus ends up being of quite appropriate.