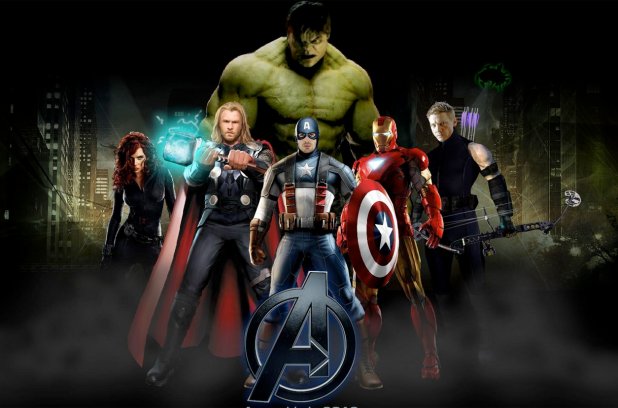 Last week, when The Avengers assembled to save America, once again, from someone with a British accent commanding an army from outer space, AO Scott, the New York Times film critic, did something insane.

“The secret of The Avengers,” he wrote, “is that it is a snappy little dialogue comedy dressed up as something else, that something else being a giant ATM for Marvel and its new studio overlords, the Walt Disney Company.”

Which is, of course, the entire truth, missing only a few details – several of which we’ll get to in a moment. But here’s why that sentence, which formed the very crux of his review (and, of course, Theodor Adorno’s life’s work) was an act of madness: it pissed Samuel Jackson off.

Jackson is, undisputedly, the world’s toughest man – or, at least, he plays him in the movies. He turned to Twitter to vent his considerable rage: “Avengers fans, NY Times critic AO Scott needs a new job,” he wrote. “Let’s help him find one! One he can ACTUALLY do!”

“Mace Windu is trying to take the food off our table,” declared Scott’s son, referring to the (very) tough Jedi Jackson played in the ghastly Star Wars prequels. And it is indeed in the garbage pop confluence of Scott’s review, Jackson’s tweet, George Lucas’s Star Wars cash-ins, and Joss Whedon’s superhero movie that we find the meaning of life, or life on a postmodern planet that has ceased to make a lick of sense.

In a country like South Africa, where we have recently learned that a real-life super-villain actually runs our intelligence service and acts as houseboy for our thug president, this might seem trivial. In fact, nowhere does The Avengers make more sense than in a place like South Africa.

Acknowledging that Scott is dead right – Marvel, to paraphrase Matt Taibibi on Goldman Sachs, is a vampire squid draining cash from sucker moviegoers across the planet – shouldn’t detract from the fact that the film is a near-perfect piece of pop entertainment.

Watching the film, one can’t help asking: how did we get here? How is it that 21st century humans will sit in a darkened theatre and consume a product detailing the combined adventures of comic book characters created in the 1960s, characters Stan Lee invented to explain a very different world? How is this still relevant, or better put, how does it still sell tickets?

The obvious answer is that in societies torn between the secular and the religious, superheroes act as proxy gods, doing what we still need gods to do – which is to vanquish an evil that barely makes sense to us.

In The Avengers case, evil arrives in the form of Loki (a superb Tom Hiddleston), god-man and the adopted brother of Thor (Chris Hemsworth), both late of Asgard – a planet far, far away. Loki is after the Tesseract, a mysterious cube of pure energy that will allow him to rule the galaxy, and presumably get a discount at intergalactic McDonald’s drive-thru UnHappy Meals.

He arrives on Earth, only to be met by Nick Fury (Jackson) and his shady S.H.I.E.L.D. outfit. In order to combat the mayhem Loki promises to unleash, Fury assembles the top secret Avengers programme – a bunch of me-first, egomaniac superheroes who must now band together, or leave the Earth to be destroyed.

Captain America (Chris Evans) can’t stand Tony Stark (Robert Downey Jr as Iron Man, again), who has no time for Thor, but admires Bruce Banner (Mark Ruffalo) for “turning into a massive green rage monster.” Scarlett Johansson and Jeremy Renner round out the cast as Black Widow and the Hawk, respectively.

Under the careful instruction of Whedon, the team bickers, brawls, and gets down to the business of saving the world. The script is so astonishingly tick-tock, the special effects so seamless, and the acting so throwaway natural that one is tempted to hold up The Avengers as the apotheosis of over a century of filmmaking.

Make no mistake: films are hard work. Films with seven different lead characters, each with their own emotional arc and identity, are even harder. Technically, The Avengers is a marvel, a master-class on how to merge character with spectacle – no less a collaborative artistic achievement than your favourite opera. Where the Star Wars prequels were stodgy and inert, The Avengers is lithe and vital. Where George Lucas created a universe that seemed generated in a computer, The Avengers’ world is as supple as our own. Outside the film’s blah soundtrack, it’s hard to find a fault.

Perfection comes with a price. Unless you can leave your Philip Roth-reading, Philip Glass-listening self at the door, The Avengers is going to feel like one long punch in the face. The go-to best superhero film for intellectuals, so far, has been Christopher Nolan’s The Dark Knight, but that film a) got Batman all wrong, b) was far too long, and c) cobbled together some truly awful action sequences. Nope: The Avengers is top of the pops.

Which makes it all a little harder to stomach the emptiness that takes over once the spectacle is done—the ringing in the ears from all the noise, the buzzing in the eyes from all the on-screen bloat. The sheer, gluttonous scale of the thing. This is, no doubt, what Scott was referring to – the sadness that comes from having a quarter of a billion dollars of entertainment product thrown at you for two and a half hours.

But this is, ultimately, why The Avengers explains our world. It’s a shell, and we’re always selling something. When perfection comes in a big, green, muscled rage monster, perhaps the Lokis really have won. Hulk Smash, indeed. DM