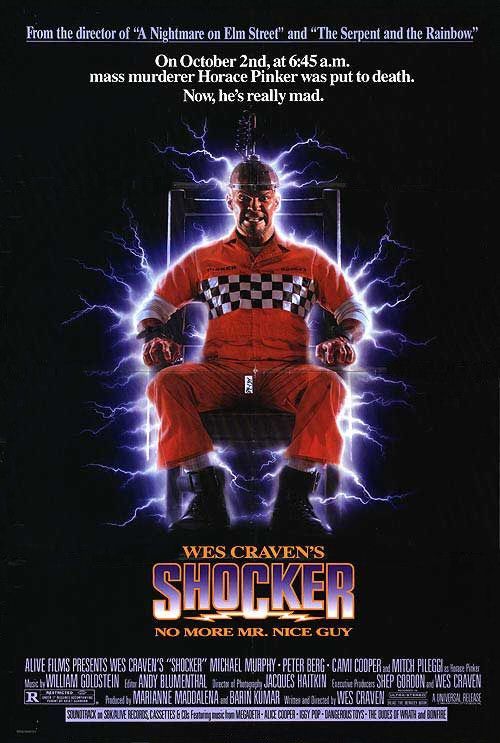 This is better than expected. Wes Craven tries to create another boogeyman in the character of Horace Pinker. Pinker is a serial killer who studies voodoo and kills entire families in their sleep. A young college football player named Jon (Peter Berg) develops a psychic link with Pinker. Jon begins an attempt to help the police catch the crazed killer. The first half of the film is realistic and intense, but the second half is based in the supernatural. Pinker gets the electric chair but becomes an evil entity that can transfer from body to body (mush like “Fallen” with Denzel Washington) and move through electricity. Once again Jon must use his link to stop the killer. Or is the killer to powerful to be stopped? There is some surprising gore and a pretty nifty plot twist. It’s fun to watch a young Peter Berg in an earlier role but the film tend to drag a little. This film came near the end of the slasher craze and Craven was trying to cash in on it one more time. Craven was trying to make a point about televisions and the media, it was evident in the film. Overall, it was a solid and better than average slasher flick with a supernatural killer.