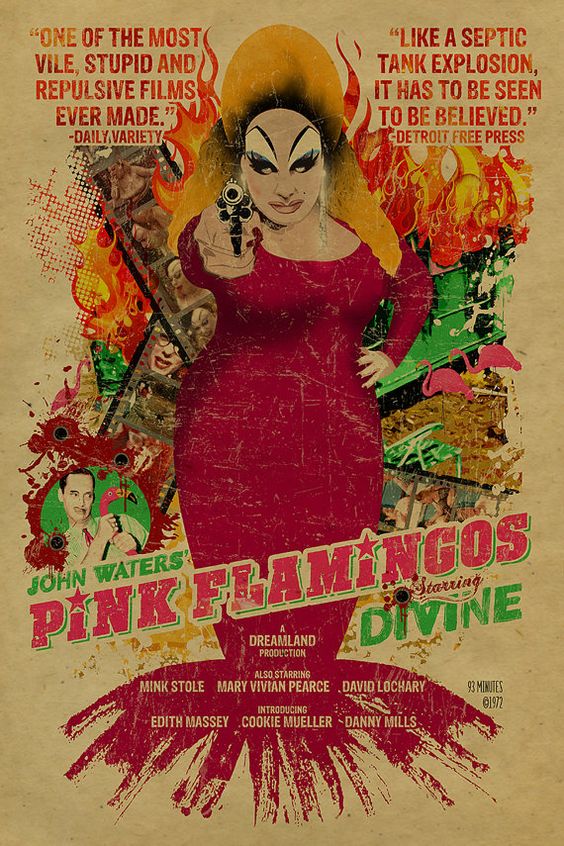 Babs Johnson (Divine) lives in a trailer with her son Crackers, her daughter Cotton and her mother Edie (Edie Massey). She’s in competition with a couple named Connie and Raymond Marbles (Mink Stole, David Lochary) to be named the filthiest person alive. The film shows their attempts to outdo each other.

This film is very much NOT for everyone. It’s a in your face no holds barred assault in bad taste. Crackers has sex with a woman with a live chicken between them while his sister watches; the Marbles pick up female hitchhikers, impregnate them, keep them chained in the basement and sell the babies to lesbian couples; Divine and family have a party which includes cannibalism etc etc. It’s disgusting but, in a way, not unwatchable. It’s SO over the top and is so unapologetic about it that it’s kind of fascinating. As director John Waters might say, it’s bad taste done well. Also it’s kind of amusing to watch–the acting is so wretched (especially by Massey) that you just watch it in disbelief. A friend laughed out loud at how bad Massey was (she improved in later pictures).

This is NOT for people who are easily offended. Even though it’s over 30 years old it’s STILL shocking. However if you have an open mind and can take a lot of extreme behaviour this is a must-see. The only part that really was too much is what Divine does at the very end.