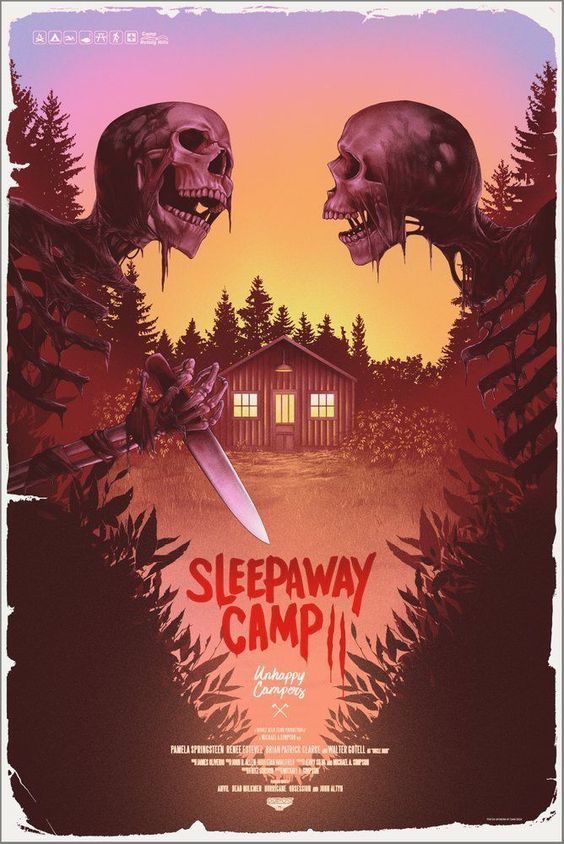 Sleepaway Camp II is a great horror sequel, not only does it manage to equal the demented original, but in many areas, it actually improves upon the 1983 masterpiece.

Angela is back, this time at Camp Rolling Hills and posing as a camp counselor. She’s pretty cheerful until some of the immoral teenagers start getting under her skin, then it’s death by battery acid, power drill, knife and much, much more! The character of Angela Baker this time out is played by Pamela Springsteen (Bruce’s sis) and she does a wonderful job. Some have criticized this film for making its maniac too likable, and that is a minor fault, but Pam is wickedly funny, often creepy, and always a great presence on screen.

Sleepaway II ties horror and comedy together very well, being in turn funny and creepy, it’s much more of a subtle horror parody than the likes of Scream, and a lot more fun! For fans of the genre that have managed to miss this one, definately check it out,