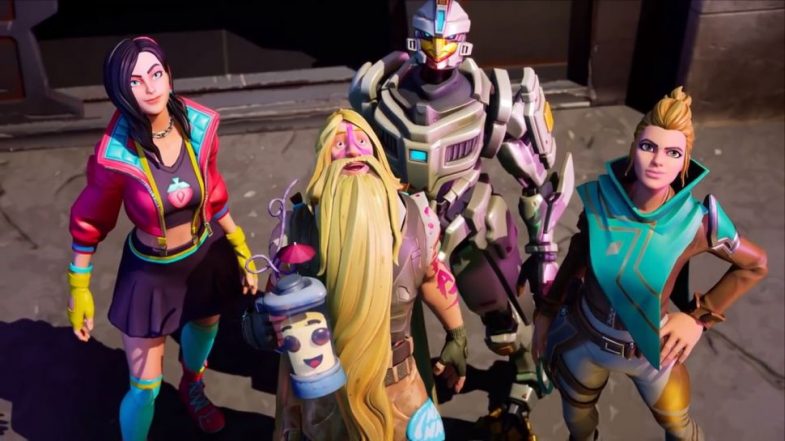 As Netflix wrote in its Q4 quarterly letter, “Our focus is not on Disney+, Amazon or others, but on how we can improve our experience for our members.” So, where does its strongest challenge actually comes from? “We compete with (and lose to) ‘Fortnite’ more than HBO,” Netflix said. “There are thousands of competitors in this highly fragmented market vying to entertain consumers and low barriers to entry for those great experiences.”

Fortnite is an online video game developed by Epic Games and released in 2017. Fortnite is part of the Battle Royale genre, or for old movies guys like me, Fortnite is a game version of The Hunger Games. 100 players start the game and eliminate one another until only one victor remains. Fortnite Battle Royale became a resounding success, drawing in more than 125 million players in less than a year and earning hundreds of millions of dollars per month, and since has become a cultural phenomenon.

One thing that Netflix is not is stupid. They and others realize that for Gen Z’s and Millennial gaming is a huge part of their entertainment lives. At least 9 streaming services are being planned to roll out. Gaming is big big business and the streaming service wants their piece of the pie.

The idea of a “Netflix for games” service has been floated and discussed around since long before video-streaming became a thing, I was personally party to these talks as early as 1998. Streaming games is a more complicated process so much more so than streaming video, since it adds user input to the mix, it requires two way communication and fast communication. Until now no solution was in the offing for the ability for the game has to respond, to respond without lag and to ensure that every button press a player makes is both recorded and responded to in real time. With the rise of 5G and other technologies it is looking like streaming games will soon be a reality.

The technology and the implementation of infrastructure necessary for globally deployed, seamless game-streaming is nearly here. Netflix, NVIDIA, Google, Microsoft, Amazon, Verizon and as well major games publishers are making plans for their own on demand gaming service, and they finally have the server and broadband support necessary to roll out their own Netflix-style services as early as this year.

Streaming will do to the video game industry what video streaming did to the theaters and traditional video game industry just like it did to film and TV. It is looking like the physical distribution of games is coming to an end, new game distributors will now hold dominance over a game’s exposure. What will happen as the platforms will soon have a Netflix like menu, this means smaller, independent games could find it difficult to grab screen time. (Already occurs in Xbox and PS4 and Steam. So it’s already a struggle for indies)

What is fascinating is the streamers like Netflix fully realize the dynamics of the gaming generations. In a flagrant exploitation of their number one product, Netflix’s Stranger Things will be coming to Fortnite later this year. Rabid Stranger Things Fans probably have already noticed an Easter egg( A hidden inside joke hidden in a games features.) in Fortnite a few weeks ago, which showed the Scoops Ahoy ice cream shop where Stranger Things character Steve Harrington works in the coming third season.

Netflix is also inputting characters and worlds from its original productions into existing games from partners like Roblox, Ubisoft and Behaviour Interactive later this year. Netflix is fully committed to the gaming universe. Earlier this week at E3 , Netflix announced that a new Stranger Things mobile game is planned for release next year. The E3 conference earlier unveiled a Nintendo Switch game based on Dark Crystal, a prequel series Netflix is releasing this summer.

What does this mean for theaters, well simply eventually there will be an attempt to marquee a title. Some bright fellow at Netflix remember the job that placing ROMA on the big screen did for them and will say hey….why don’t we place the game in the theaters and here is a wacky idea why don’t we give it a 7 day window.

Another interesting angle is that people are investing millions in gaming arena when under-utilized screens in movie theaters are almost the perfect shape and size for a gaming arena. Diversification is a good thing. Two years ago myself and an associate initiated the first retrofit of a theaters in a 12-plex into a gaming arena. It worked.

I am also working on plan that will help drive-in owners to use their screens for huge mega gaming events. Diversification away from Hollywood is key to saving our theaters.