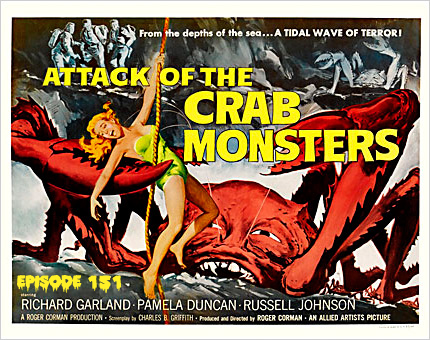 Jack Stevenson has devoted a good part of his life to the pursuit of eccentric screen oddities, and this book is a very personal look at his journey. Most books on the subject are general guides to the genre and read like a “top ten list” of the worst movies divided by categories, but this is more of a true B-movie biography. He is candid in talking about the relative obscurity and squalor he has endured for the love of the genre, and his concluding chapter is probably the best piece ever written on the psychology of celluloid collectors. 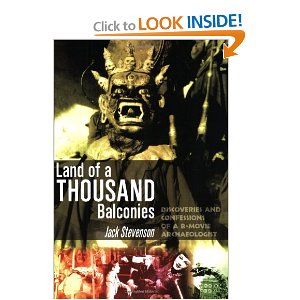 Stevenson chronicles his life in the underground movie “business” (which is never truly lucrative) from San Francisco to Copenhagen (which has a bustling underground movie fan base, going all the way back to the production of “Reptilicus” in Denmark) and along the way details his contacts with eccentrics, involvement in film “happenings,” and most amusingly for me, recounts the film festivals he has been involved with, my favorite of which is his participation on the jury of the First Annual Freak Zone Festival in Lille, France, in which the grand prize was a one-armed garden gnome. Later as a jurist for the No-Budget Film Festival in Hamburg, Germany, he had the opportunity to fling a fish into an enraptured audience as a “Political Act” (his capital letters, not mine.) The decadence of these festivals (a showing of “The Hypnotic Eye” was celebrated by excess consumption of Bloody Marys and pork rinds) is irreverently covered, and gives readers a hint of the mindset required of hardcore B-movie aficionados.

This book is unique in the genre of cinema literature, and I recommend it to true lovers of supremely bad movies everywhere.