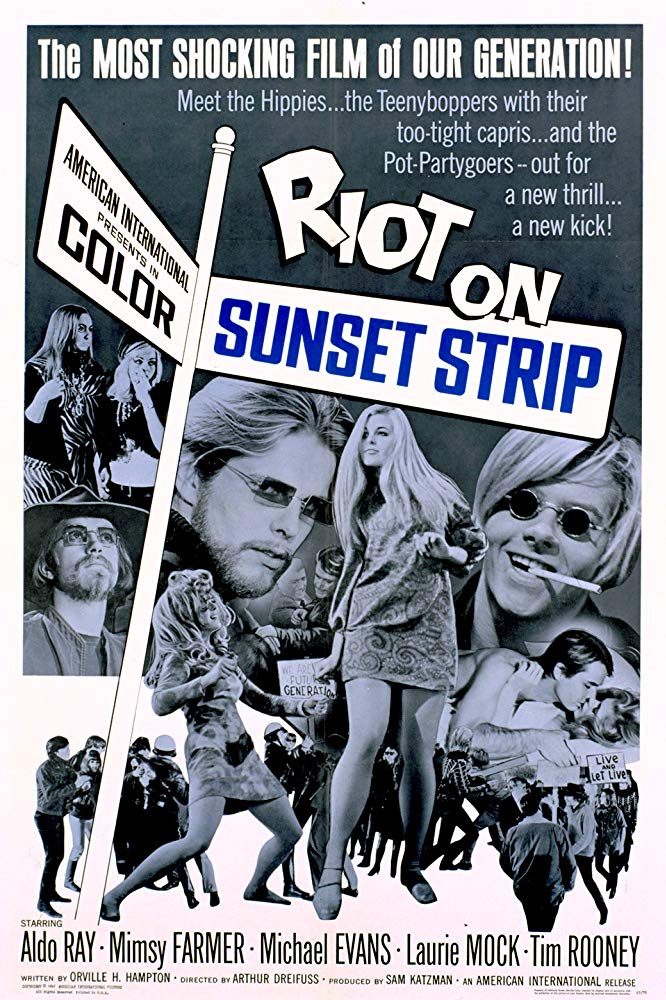 Hard to find but worth the search! This movie was filmed in 1967 and could easily have been made by Dragnet’s own Jack Webb. The over-the-top hippiness of this movie is what makes it a classic. If you have ever seen hippy episodes of Dragnet, this is the same scene, man. The Chocolate Watchband perform as does The Standells. Its nice to see these 1960s bands performing live in a set that probably resembles what it was like to see them live back then. The klead singer of the Chocolate watchband sings with two maracas in each hand and emits a strange Jim Morrison vibe in his half-shouting way of singing and his stage movements. Who influenced who, I wonder? The kids hang out at a club called “Pandora’s Box” and some dance, some read and others are just there into their own trips. Mimsy Farmer plays Andy, a fresh face on the strip who is led down the road to perdition with a sugar cube of LSD slipped into her drink at a “freak-out”. Mimsy had just finished work as Gloria the bad boys gal on “Hot Rods To Hell” the same year. She will seem vaguely familiar as she bears an uncanny resemblance in some light to Meredith McRae back in her “Petticoat Junction” days. Mimsy is slipped drugs and the obligatory trip scene in this movie is one in which she rolls around the floor in a minidress and performs what amounts to a weird interpretive dance which I am sure was filled with profound meaning in 1967 but is rather lost on me. The men wear Sonny Bono caveman vests, the women wear bright neon miniskirts. If this is your bag, baby, definately try to find this movie.