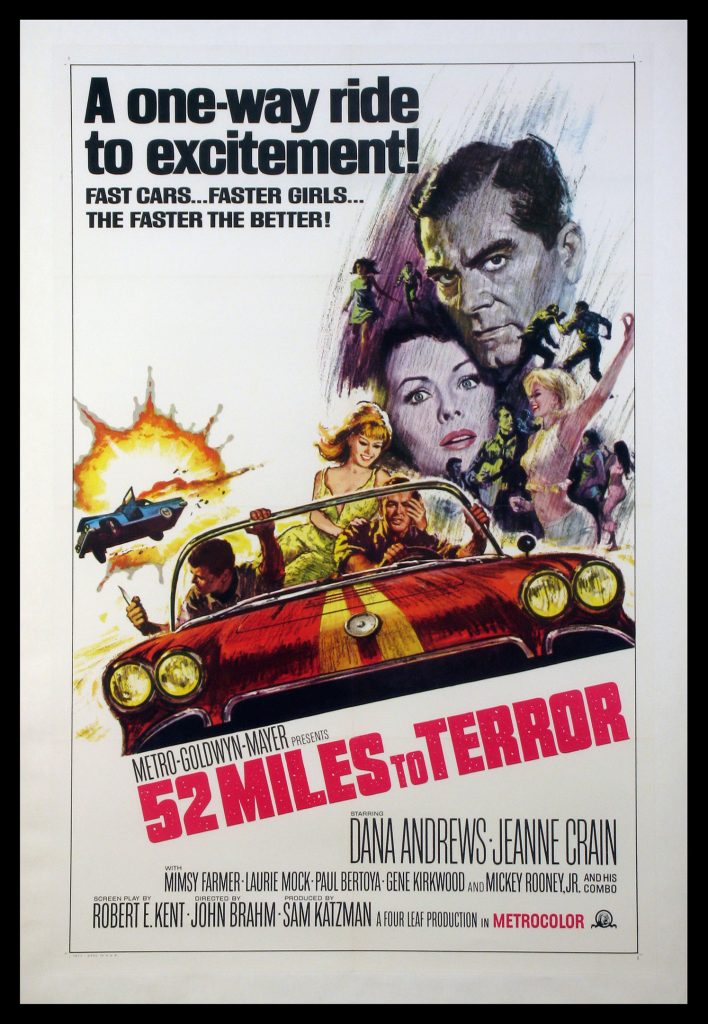 Given a title like this, it’s a cinch no one will take this road movie seriously except for a few of us who hate seeing a decent family being harrassed by some mindless hot rodders intent on making dangerous moves in speeding cars for no apparent reason. Later, though, the script gives them a reason and the mayhem continues throughout with the man, wife and children being subjected to dangerous maneuvers by the teen-age punks until he manages to turn the tables on them in an unexpected way.

It’s a pity Dana Andrews and Jeanne Crain couldn’t have found themselves a better script and story. By today’s standards, the dialogue is rather unrealistic and corny–and the preachy element that Andrews is forced to utter to the kids seems a bit theatrical and pointless. It’s the kind of movie you might expect to find as a B&W cheapie at a drive-in–but here it’s wrapped up in MGM technicolor although modestly produced.

Not a serious indictment of hot rodders nor more than a standard melodrama that seems somewhat dated in its attitudes. Dana Andrews and Jeanne Crain do what they can with stereotyped roles but neither is seen at their best. Crain is flatteringly photographed and looks as lovely as ever while Andrews seems to have gone through some hard times in his personal life that give his tight-lipped demeanor a worn look.