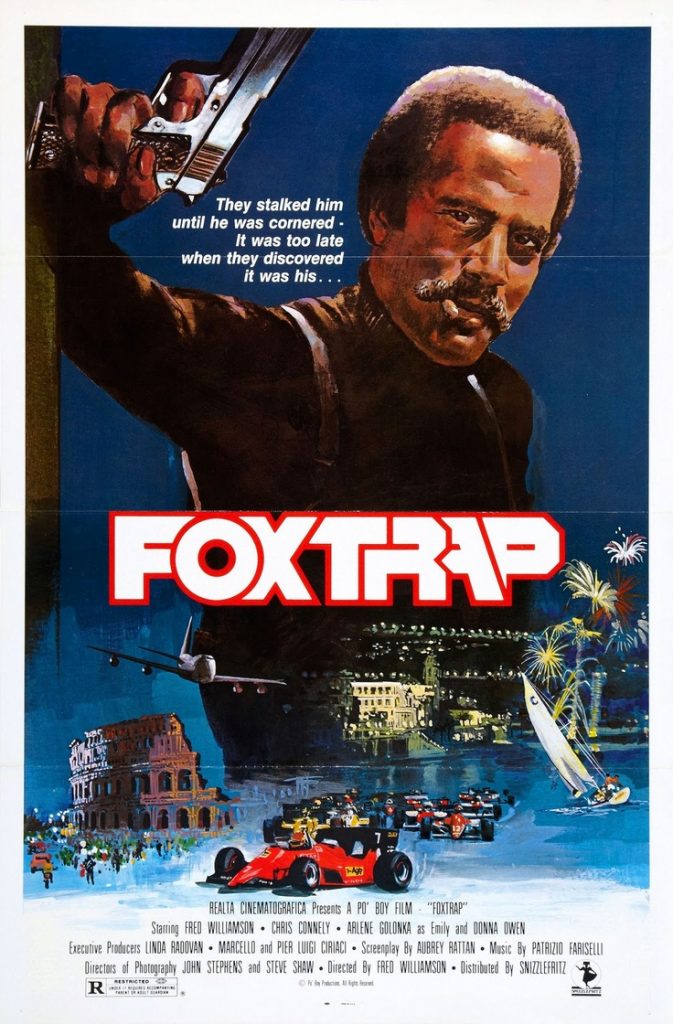 Action star Williamson was trying to give up his Jesse Crowder character and start a new character called Fox. He drives a car with a licence plate saying “DA FOX” ! Funny scene in the beginning where kids try to steal the radio off his car and runs away as they see his licence plate! Fox is hired by Christopher Connelly to find a girl who is in France, so Williamson goes to the Cannes film festival! Good music, slow on action, but the ending mentions “coming soon…FOX AND THE COBRA” which was never made. (the coming soon optics is missing on the video print). It would be interesting to see Fred do another Fox adventure, but to all us Williamson fans, he is still Fred no matter what character he plays.