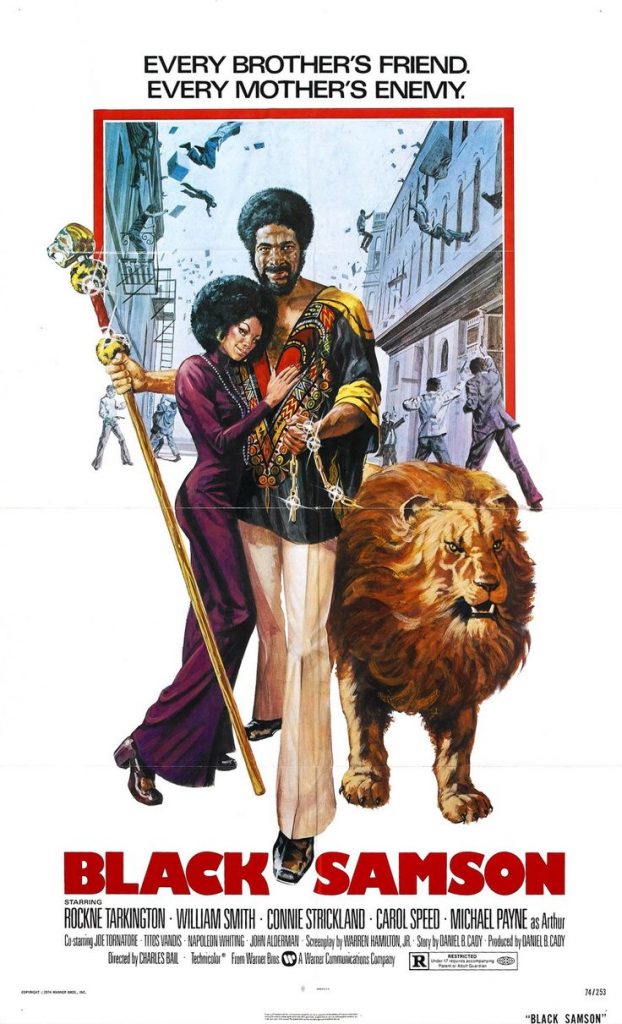 Rockne Tarkington is Samson, a supercool clubowner and guardian of the ghetto. Samson runs his topless bar with his ladyfreind as his main dancer. He also keeps the streets clean and keeps the bad element out. The bad element, the Italian/American mobsters led by musclebound madman William Smith have different ideas on what to do with Samsons territory. Rockne plays Samson smart, tough and cool. He carries a giant pimpstick(and uses it occasionally to deliver a beatdown), owns a lion and pulls off some seriously funky, African attire. Nappa(William Smith) and his goons force Samson into a showdown at the end of the film. Super tough and super cool Samson is a man of integrity and will never sell out his people in the hood. He also treats his woman like a queen and unlike other blaxsploitation characters like Shaft and Superfly, don’t have women on the side. Character actor William Smith is totally in his element as the villain in this piece and is completely psychotic. Black Samson is very good and recommended to anyone who enjoys blaxsploitation and action movies from the 1970’s.