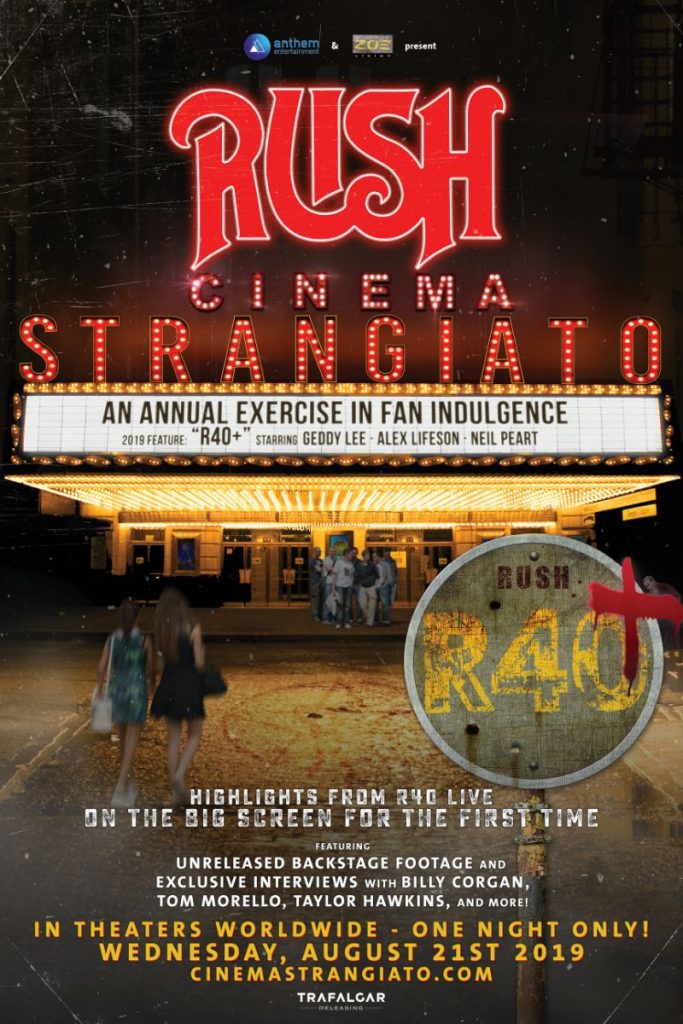 While growing up on B Movies in the 70s and 80s there was a Canadian band emerging and packing venues throughout Canada and the U.S. After four decades it appears the band is retiring, but there’s still a chance to see the on the big screen from their last tour.

Trafalgar Releasing and Anthem Entertainment bring you the highly anticipated release of RUSH: Cinema Strangiato 2019, coming to select cinemas across the globe, for a special, limited theatrical engagement on Wednesday, August 21. Tickets for the event are now on sale at www.CinemaStrangiato.com

In partnership with Concord Music Group, RUSH: Cinema Strangiato 2019 will feature a special look inside some of the most powerful performances from R40 LIVE, the band’s 2015 tour and live album of the same name.

As a special bonus, fans will get a glimpse into the madness and passion that went into the making of Geddy Lee’s new book, Geddy Lee’s Big Beautiful Book of Bass – featuring a brand-new interview from the RUSH frontman himself.

The event will be screened in select movie theaters around the world in over 400 cinemas on Wednesday, August 21.  To keep updated go to the events social sites: