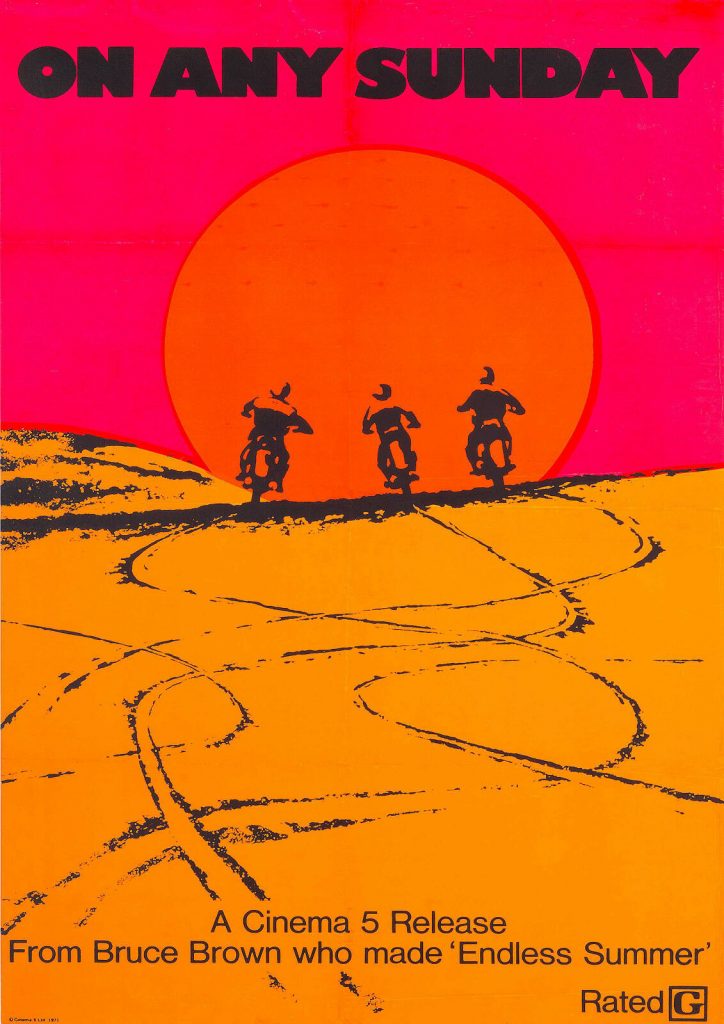 Modest aspirations, budget and technique made this a surprising box-office hit back in 1971, and to this day nobody’s done it better. Populist documentarian Bruce Brown (of ENDLESS SUMMER fame) wanted to show how much fun motorcycling is and succeeded. It’s that simple.

I remember as a nerdy kid being dragged to see this, grumbling all the way, “I don’t want to see some stupid documentary about stupid motorcycles!” Well, the movie surprised me with its infectious air of fun and camaraderie. Trust me, when it’s over you’re going to want to rush out and buy yourself a dirt bike.

Although much of the photography is 16mm, MOS, hand-held or too zoomy, the editing and slow-motion sequences, backed by a charming pop score from Dominic Frontiere (he of the original superb OUTER LIMITS), overcome the minor technical limitations. Brown’s narration is also good if not quite perfect: not overwritten, maybe a bit hokey sometimes, but mostly funny or informative.