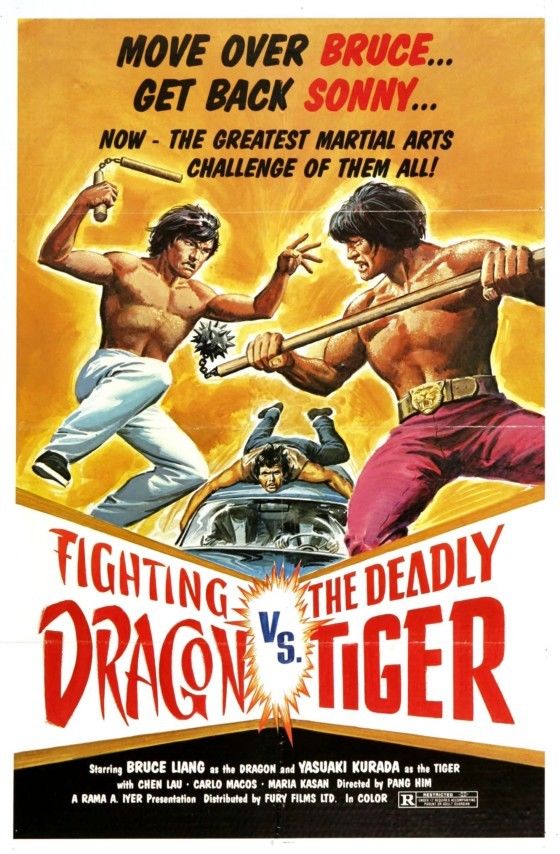 CALL ME DRAGON is a pretty typical kung fu movie from the mid-1970s, a little better than most thanks to the participation of director Ng See-Yuen, a former Shaw man who produced and directed many interesting movies over the years. This one is notable for featuring Bruce Lee imitator Bruce Leung in the hero role; Leung is best known to modern audiences for his great role in KUNG FU HUSTLE and he kicks up the screen at this early stage of his career too.

The film’s plotting is typical and the worst thing about it. It typically consists of characters randomly strolling through the countryside when they get ambushed by thugs and fight them. Yasuaki Kurata is a decent mega villain and the highlight of the film is unsurprisingly the climax, featuring a long chase broken up by lengthy fight scenes which engage. I also loved the humorous touches added to the screenplay, including the helpful kids with the motorised scooter and the bit where a magnifying glass is used to burn Kurata’s coat.