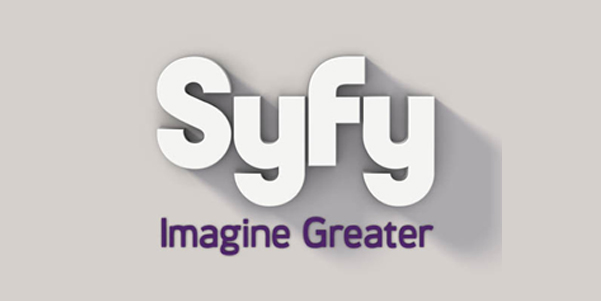 Syfy will also present a Memorial Day weekend movie festival highlighted by the premiere of Super Shark on May 26th, followed by the semi-annual Twilight Zone marathon on July 4th.

Haunted Collector features eminent paranormal collector John Zaffis, who searches for objects that have become home to paranormal spirits and/or energy. Each week Zaffis and his family help someone who’s terrorized by something strange in their own home, using the latest technology to identify the source of the paranormal activity. On the season 2 premiere of Haunted Collector, the team heads to Warsaw, Kentucky, where a woman’s home is suffering hauntings, possibly from two steamboats which crashed in a fiery collision, killing more than 60 people in 1868. Next, they travel to Huron, Ohio, in a race against the clock to remove the dangerous energy from an abandoned silo, scheduled to be destroyed in 48 hours. Haunted Collector is produced by Gurney Productions. Executive producers are Scott Gurney and Deirdre Gurney.

From executive producer Mark Burnett, School Spirits travels to schools and universities all across the country to recount the true ghost stories experienced on these academic campuses. The stories will be told in first person narratives through the testimonials of real students, teachers, parents and staff that have encountered the paranormal activity, blended with bone-chilling cinematic reenactments to further bring the haunting experiences to life. Executive producers: Mark Burnett (Survivor, The Voice) and Seth Jarrett & Julie Insogna Jarrett (Celebrity Ghost Stories).

· Jersey Shore Shark Attack – Saturday, June 9 at 9PM – Led by an all-star cast of Tony Sirico (The Sopranos), Paul Sorvino (Goodfellas), Jack Scalia (Dallas), Joey Fatone (‘N Sync), William Atherton (Die Hard) and Vinny Guadagnino (Jersey Shore) the movie unfolds during the July Fourth weekend at the Jersey Shore, where angry sharks are on a rampage, devouring residents, leaving it to the local Guidos to save the day. The movie also stars Jeremy Luke as The Complication, Melissa Molinaro as Nooki, Joey Russo as Donnie, Daniel Booko as Balzac, Audi Resendez as B.J., and Alex Mauriello as J-Moni. Jersey Shore Shark Attack is a production of Hybrid Entertainment. The director is John Shepphird. Jeffrey Schenck, Barry Barnholtz and Peter Sullivan are the producers.

· Piranhaconda – Saturday, June 16 at 9PM – Part fish! Part snake! All killer! In B-movie icon Roger Corman’s latest, a hybrid creature – half piranha and half anaconda — attacks a movie crew on location near her nest when her egg is stolen. Now they must outrun and kill the deadly piranhaconda as well as stop the mad scientist who stole the egg – before they all become dinner. Stars Michael Madsen (Reservoir Dogs, Kill Bill: I & II) and Rachel Hunter (The Benchwarmers). Piranhaconda is a production of New Horizons, directed by Jim Wynorski.