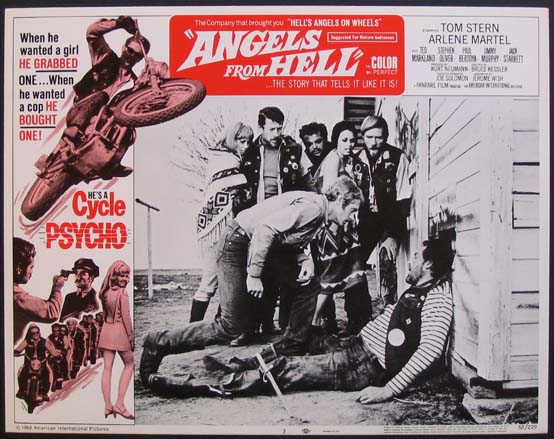 Tom Stern plays a Viet-Nam veteran who comes home with the dream of forming the most powerful biker gang around. His “wild bunch” consists of such immortals as Smiley, Nutty Norman, Tiny Tim, and Angry Annie. Turns out most of the cast are real bikers and their performances steal the show from the real actors.

Stern however reminds one of a young Nick Adams or Steve McQueen. He doesn’t overplay his role; just giving it the sharp edge it needs to be realistic. His anger is a product of his war experiences and his frustrations are those of a man who is powerless to control the events happening around him. For a “minor” film, Stern does an outstanding job. It makes you wonder why this talented actor/director never made it to super-stardom.