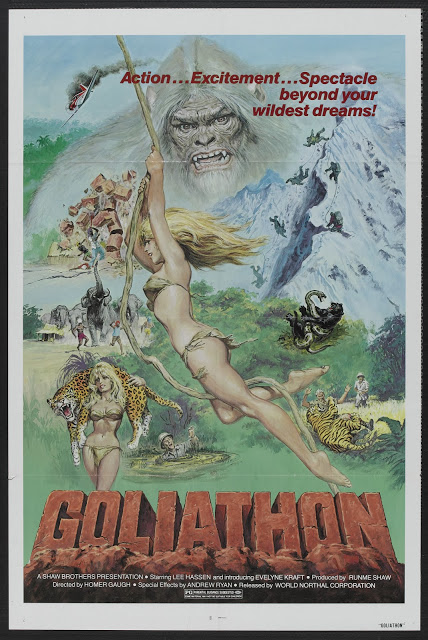 The Mighty Peking Man (1977) stars Danny “The Man” Lee as an anthropologist who’s searching for the mythical “Peking Man”. Funded by a wealthy investor, Lee and his associates travel to Northern India to find the behemoth. Along the way he encounters a jungle girl (Evelyne Kraft who’s so friggin’ hot that she broke my babe-o-meter) who just happens to have the Peking Man as her guardian and companion. The original Hong Kong version of this film has a very sad and depressing overtone to it (unlike the badly dubbed “international” version). The original version plays out like an updated Mighty Joe Young. I liked this movie very much. Danny Lee is my hero!

Another entry in the Shaw Brothers attempt to go international. The movie is not as bad as people make it out to be. Don’t believe the hype people. A cheesy movie with loads of fun!