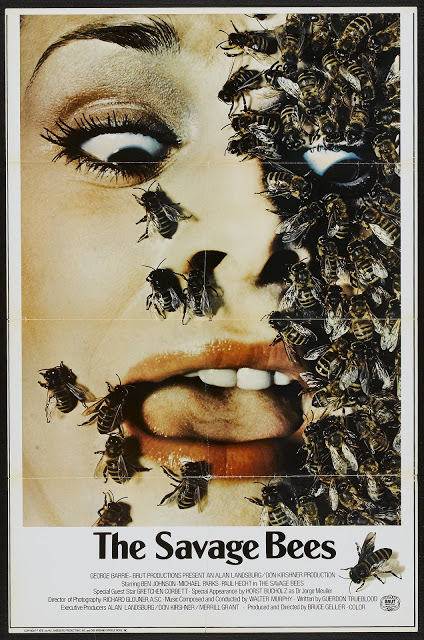 This is a tense thriller that shows, in no uncertain terms how real and deadly the Killer Bee threat really is. This film shows, with scientific plausibility, the City of New Orleans coming under the increasing threat of a large killer swarm approaching town on the eve of Mardi Gras. Unlike Irwin Allen’s The Swarm, whose main objective was to show one celebrity guest star after another being stung to death, this film is more like a cross between a tense sci fi thriller and a Hitchcock film. Obviously a TV film cannot posses the cinematic genius of a Hitchcock film, yet this little gem comes close. The team of scientists, (aided by the local sherriff) that are trying to thwart the disaster deal with a slow subtle(at first), steadily climbing stream of attacks. The threat grows as the attacks continue, and for awhile it looks like the bees will win out. The death scenes are the most realistic ever shown in a killer bee film, one senses what it might actually be like to meet this horrible fate. Also a first, this film gives the actual history of how the bees came to invade South & Central America, and deals with the scientific realities of how to stop this menace. Now that there have been killer bee deaths in the United States, this film rings even more true than when it first was telecast in 1976.