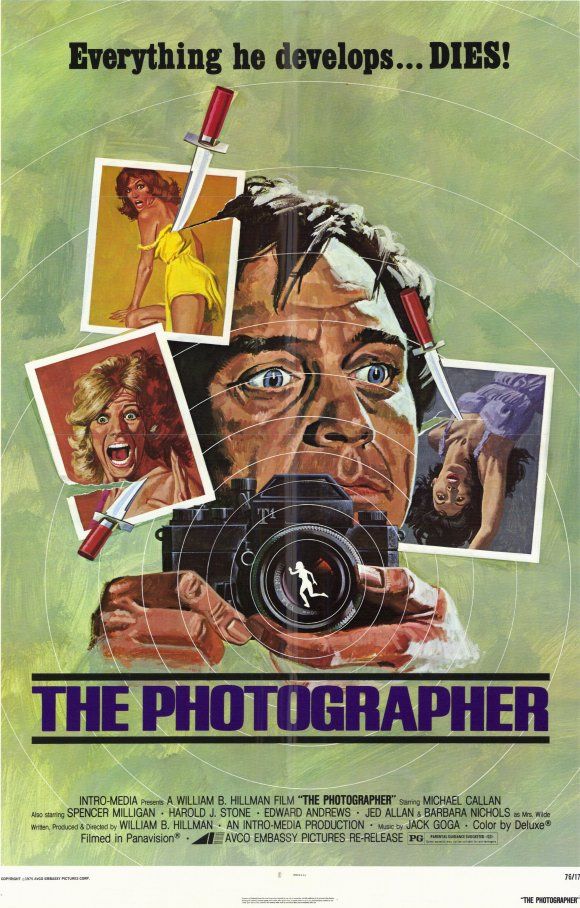 Awesomely bad movie. The mention of Sage Stallone buying the rights in perpetuity are correct, that he “was such a fan” may be a cover story…

…industry gossip from “back in the day” said that Harold J. Stone (It might have been one of the other actors, or I seem to recall Sly Stone funded it, or? someone have more info on this?) was so embarrassed by the film that he bought it, as in ALL of it, pulled it and tanked it – only a few days after its release. This may be why nobody, or only hard- core B-movie searchers have seen it or found it.

I saw it when I was thirteen – Mom took me as a break from the stifling heatwave we were having at the time. To put it this way: there were six people in the theater, when the other four left the projectionist came down and said we did not have to stay. We stayed to the end simply because we had already endured about half of it.

Premise – Photographer with a lurid twist of personality disorder does more than simply photograph his models.

The levity (I had no idea it was billed as a comedy) comes from the interaction of the lead investigator and pretty much anyone else in the movie. If you find a way to view this, watch for the best of moments in the coroner’s offices.

I wish there was a zinger I could entice you with about this movie, but I guess it can only be said it is marginally better than Plan Nine from Outer Space (I did walk out of that – took three tries to see that lurid PO…)