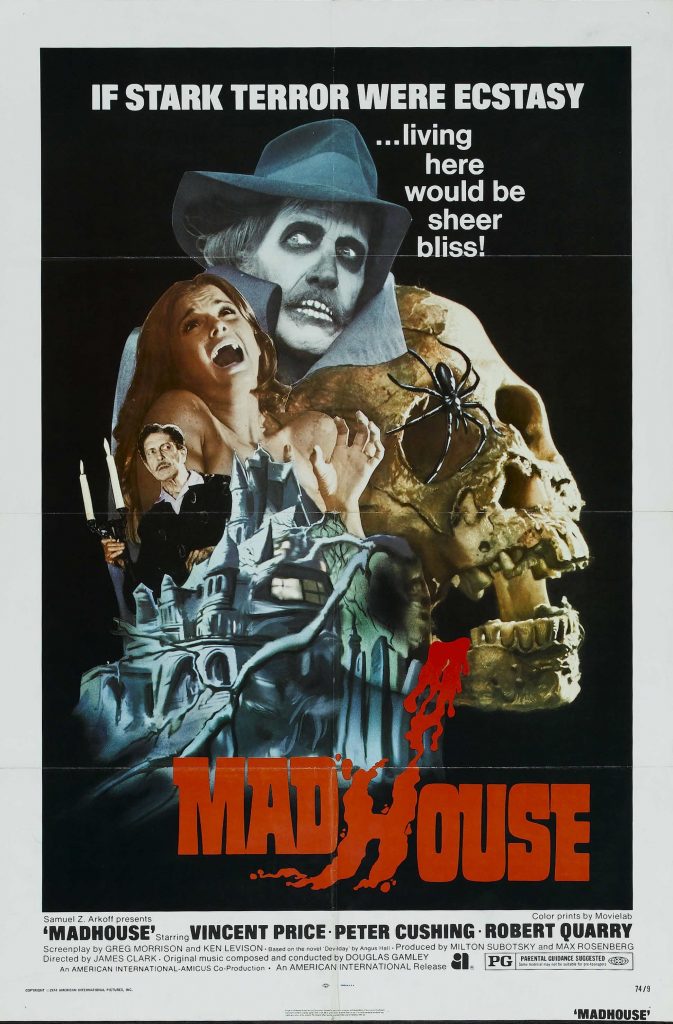 This was made around the same time as ‘Vault of horror’ and it shows. Vincent Price is an ageing movie star who is asked to reprise his role as a killer a few years after his wife-to-be was decapitated by a killer nobody caught. The movie within a movie is just footage obtained from Prices earlier horror flicks like ‘Pit and the pendulum’ and ‘The house of Usher’. The movie itself has good performances from Price and Peter Cushing and the music is great! The music sets an atmosphere for good horror especially in a part where a girl is looking for Vincent Price in Peter Cushings garden. The part where Vincent Price is interviewed by Michael Parkinson adds some class to the movie and also some terror as the killer is stalking someone in the studio! Overall, the movie has a good atmosphere helped by Douglas Gamleys music and decent acting. The movie is tense with the old dark house style ‘looking downstairs with a candle’ and some good deaths. The only problems are with the story as this just looks like a tribute to Prices earlier movies than something original and the 70’s rock music in one of the death scenes. It gives the movies age away and isn’t as timeless as Prices earlier movies. If your a Price and Cushing fan you will like it but for a normal person, its a scary but dim treat.