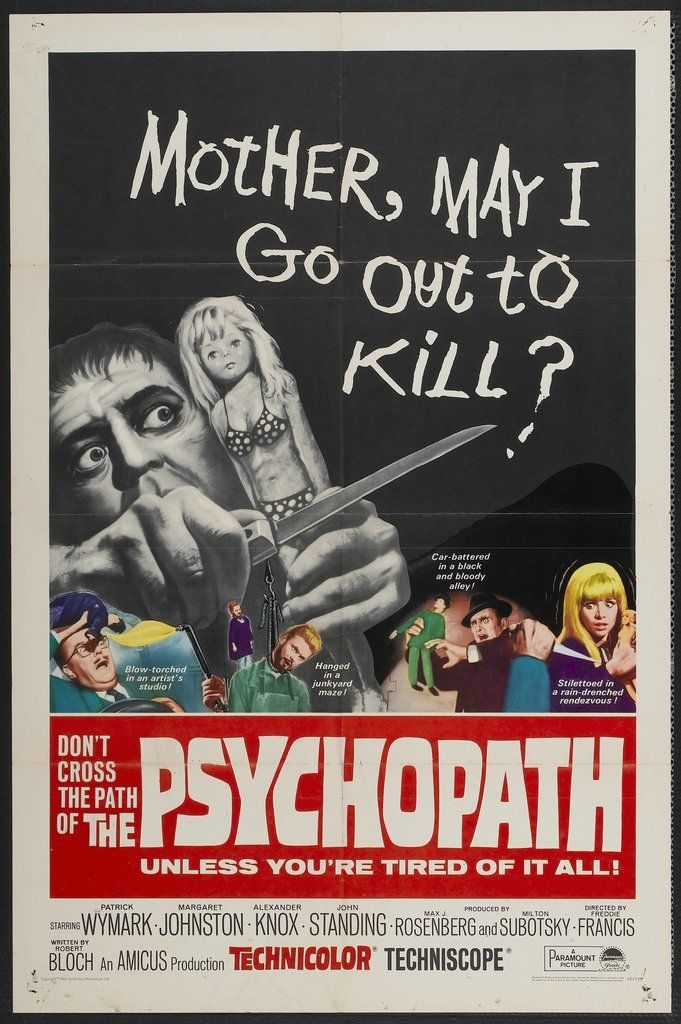 Inspector Holloway (Patrick Wymark) is in charge of investigating the murder of Reinhardt Klermer (John Harvey), Victor Ledoux (Robert Crewdson), Frank Saville (Alexander Knox) and Martin Roth (Thorley Walters) and his main lead is a doll in each crime scene. He finds that the dolls belonged to the crippled doll collector Mrs. Von Sturm (Margaret Johnston), who lives with her son Mark Von Sturm (Sir John Standing). Further he learns that the victims had investigated and incriminated her husband in the end of World War II. Inspector Holloway proceeds his investigation with a couple of suspects.

“The Psychopath” is a reasonable horror thriller by Amicus. The plot is strange with a creepy resolution. Anyway it is worthwhile watching this little film. My vote is six.