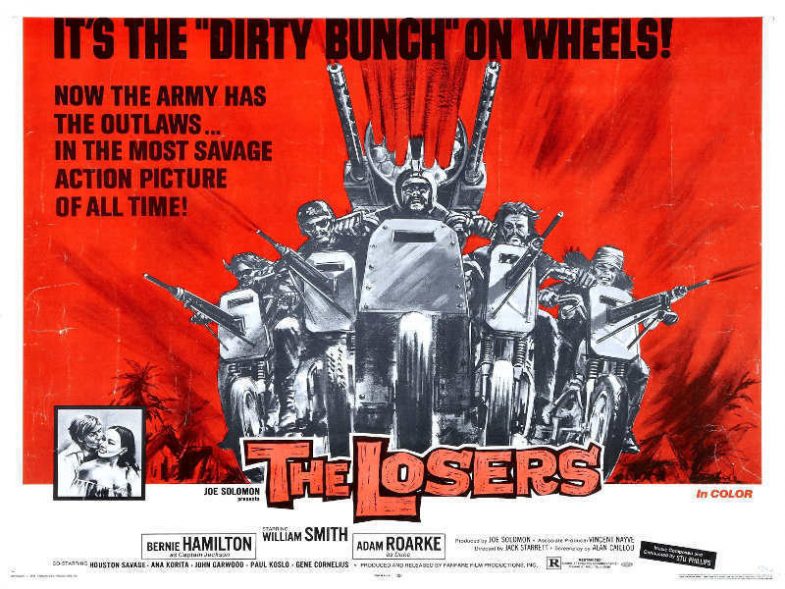 In order to rescue a Presidential Advisor (in a Francis Ford Coppola costume) from a group of Chinese Communists in Cambodia, the government enlists a subdivision of Hell’s Angels led by William Smith to break in there and get him out. The back of the box said this film has more action than ‘The Dirty Dozen’ and ‘The Wild Bunch’ combined. To call that a vast overstatement would be a vast understatement. In reality, the film is a bunch of bikers having sex, getting drunk, getting wasted, getting into lame fistfights, falling in love, waxing poetic and building stupid-looking motorcycles sandwiched between two decent action scenes with 2nd rate Enzo G. Castellari slow-motion (which would make it 4th rate Peckinpah). All in all, it’s actually not bad, but the climax should have been better considering the time we have to wait in order to get to it. Have ear plugs ready when the title song comes up. It’s a soft medley probably sung and written by some drugged out hippie chick that doesn’t fit with the movie at all.