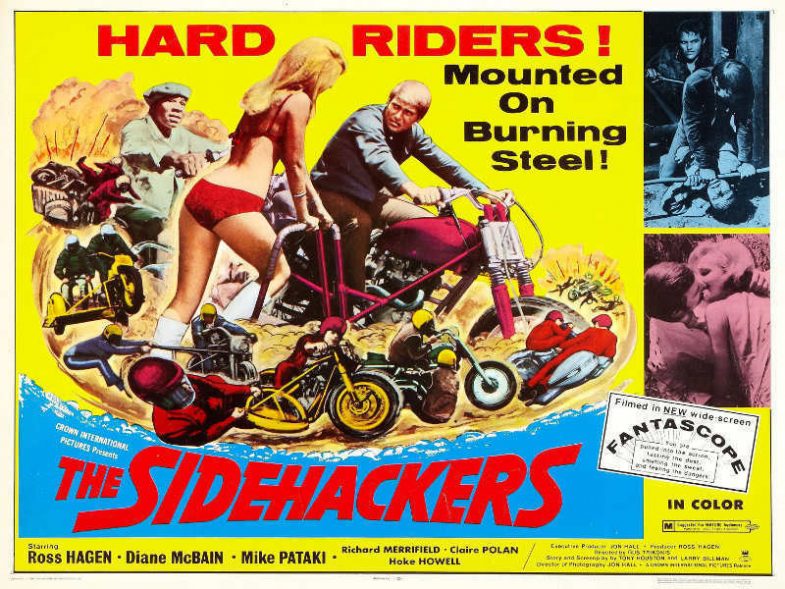 The story starts off being kind of cheesy as it introduces us to the exciting new sport of Sidehacking, which has become so popular that most people have never heard of it unless they are fans of MST3K. Basically, you have a motorcycle with a sort of passenger cart, but instead of said passenger sitting he stands and leans into curves and such. Funny, as I do not really see how it is any more helpful than just simply just racing motorcycles as most motorcycles take turns better without the side hack. In fact, it looks like it slows down the race immensely rather than do anything exciting. About the only positive to say about the sport is that you may get to watch a person have his butt grounded up! Well, a man named Rommel is awesome at this rather bland sport and he runs a motorcycle repair shop where a man named JC comes in one day and takes an interest in the new sport and Rommel. Unfortunately for Rommel, JC’s girlfriend also takes an interest in Rommel which is the cause of all the problems. Rommel and JC get along pretty good, but Rommel refuses to go on the road with JC and then to make matters worse, Rommel refuses to take the girlfriend away in a manner that ticks her off. He could have rejected her so much better by telling her she was great and all, but he had a fiancé. So the rejected girlfriend tells JC that Rommel put the moves on her and he beats down Rommel and kills Rommel’s fiancé and thus Rommel tries to round up a bunch of guys to go after JC!