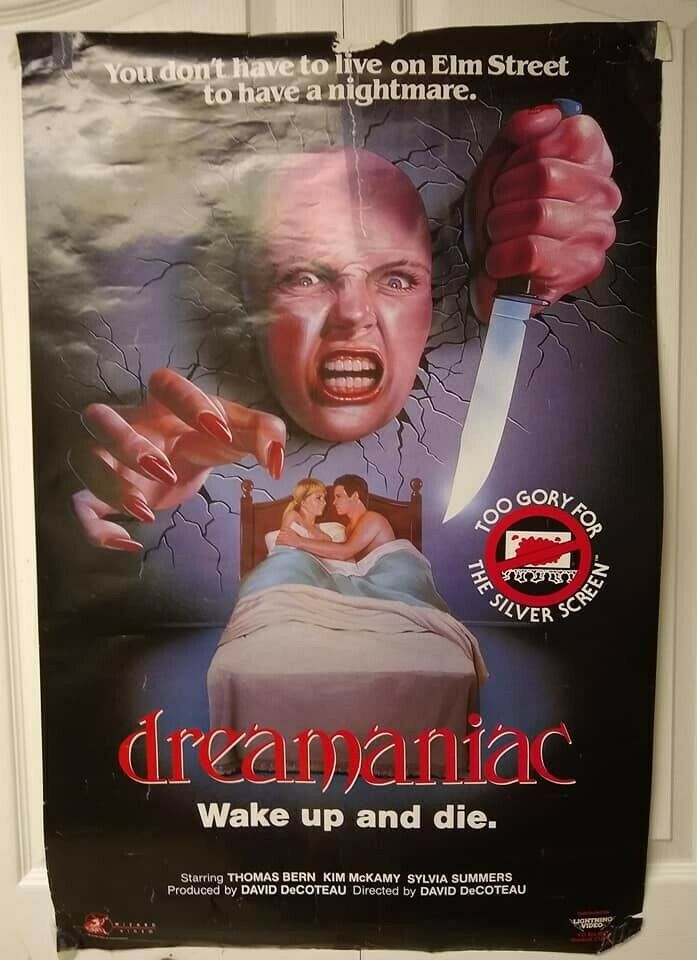 A heavy-metal musician (Thomas Bern, in his only role) makes a deal with a satanic succubus (Sylvia Summers) to make him successful with women, in return for the succubus being able to feed on the girls.

We start out with a very long credit sequence, each name lingering on a black screen. And then we go into a dream sequence with a naked man in a hallway. For a film that runs only 82 minutes, the time tends to go rather slowly. The script could not have added one additional scene or something to make this either longer or to have at least sped up the pace of the 82 minutes?

Another reviewer found it funny that the “heavy metal” guy wears a Def Leppard t-shirt and has posters for Poison and the Dead Kennedys. I would not find that strange normally, but it does seem odd for someone into devil worship — more appropriate bands might be Venom, Bathory, Hellhammer and Celtic Frost. The film’s score also has no relation to this dark or metal claim. There is some dreamlike quality, I admit, but composer Don Great (who also did “Breeders”) might have added a bit more edge. Okay, a lot more edge.