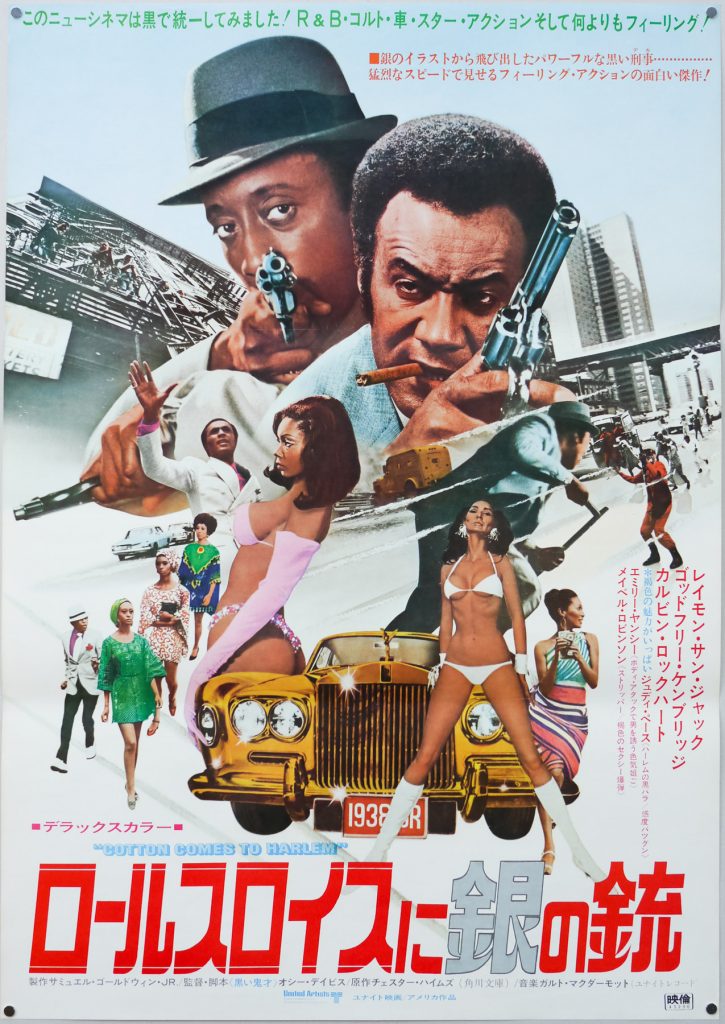 One of the better black exploitation pictures to come out of the Seventies was Cotton Comes To Harlem where Raymond St. Jacques and Godfrey Cambridge gave a black twist to the male buddy film that so many white actors had done over the years going all the way back to James Cagney and Pat O’Brien.

St. Jacques and Cambridge play a pair of police detectives assigned to a precinct north of Central Park where they’ve drawn duty being security for a rally headed by the Reverend Calvin Lockhart who’s got a nascent Back to Africa movement going. He’s collecting money at his rally and preaching up a storm when some masked bandits armed with automatic weapons take off with the proceeds. The money gets hidden in a bale of cotton and then the bale gets ripped off.

Our two detectives got a whole host of suspects, some white numbers gangsters from Pleasant Avenue, black militants, the good reverend himself who St. Jacques has a passionate dislike for and various and assorted other criminal types. Lockhart is one charismatic preacher and as he says himself, he could be another Marcus Garvey who immediately came to mind before Lockhart mentioned his name during the film.

John Anderson and Eugene Roche are St. Jacques and Cambridge’s superiors in the police department, Anderson impatient with them and Roche inclined to give them plenty of room to maneuver. Judy Pace plays Lockhart’s mistress and one seductive temptress if there ever was one. And we can’t forget Redd Foxx in a delightful performance as an old rummy whose ship might just be coming in.

Cotton Comes To Harlem moves at a very fast pace with absolutely not a wasted frame of film. It holds up very well after almost 40 years even if those fashions and those Afros don’t.