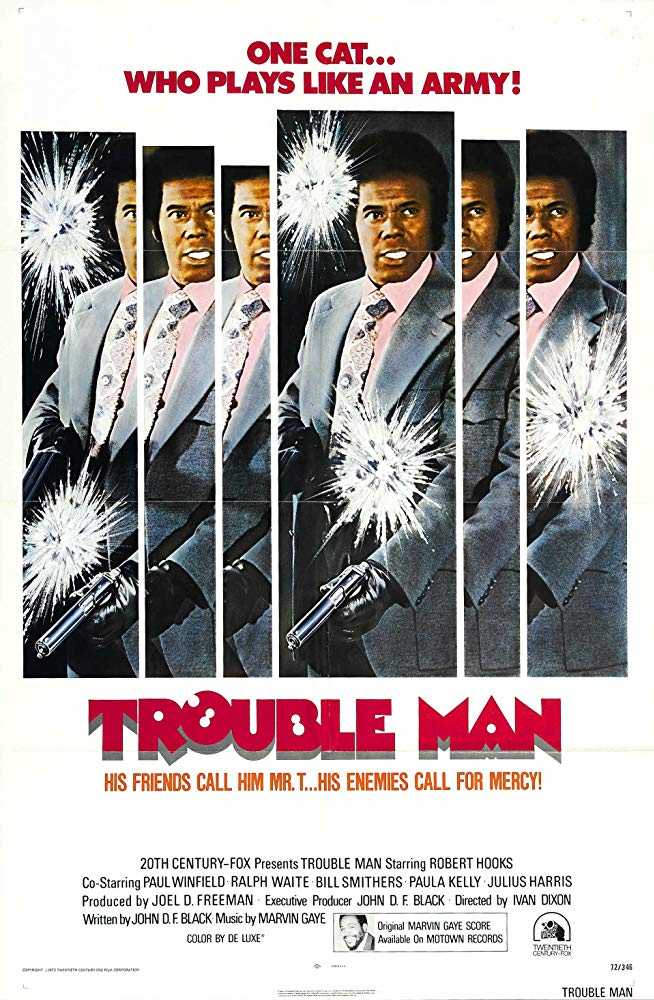 This is one of the grandest “blaxploitation” flick of the 1970’s,and to this day it still doesn’t get the ultimate respect it truly deserves. This is a one man in-your-face action flick that delivers the goods and keeps coming back for more. It’s ranks up there with the best of that era which includes films like “Black Caesar”,”Shaft”,”Super Fly”,”Coffy” “Foxy Brown”,”Hammer”,”Three The Hard Way”,and so much more. For those who never seen this film,it is worth the required viewing in a movie that doesn’t waste any time,even though its running time of 99 minutes holds the audience in check. When this film came out in 1972,it was not very likable by the critics,but audiences were enthralled by the great acting,unstoppable action and the great atmosphere. In other words,one of the baddest ass flicks of the decade. This film came out around the same time another blaxploitation film came out about the same time…. Gordon L. Parks’ “Super Fly”(Warner Bors.,1972),which starred Ron O’Neal and “Black Caesar”(AIP,1972),directed by action-guru Larry Cohen which starred Fred Williamson.

“Trouble Man”(20th Century Fox,1972),directed by fame Hogan Heroes’star Ivan Dixon,and starring Robert Hooks as the central character Mister T. Mister T was one cool dude,a straight-up hustler,pimp daddy and private eye who always kept his cool whenever something was about to happened,and usually does. He has a beau of beauties,drives a expensive Lincoln Continental car,and wears $600 suits that are customed made in Italy! Also,you can tell that Mister T came up hard,and had to be harder than the competition! Raised in the streets he’s been a man since he was a kid. He has an aresnal of weapons,he’s rough and tumble and ready for action,and can fix almost any situation while being the ultimate lady killer. Also,to point out that Mister T is no joke! You’ll rub him the wrong way or try to double crossed him,he’ll blow up in your face. He is cold hard steel,not to be messed with! However,he has hassles with the police,the mobsters who want to eliminated him at all costs(including one of them played by Ralph Waite,of the TV series The Waltons,and the others played by Paul Winfield and Julius Harris)while maintaining the control of his business and his main squeeze(played by Paula Kelly),but Mister T gives them hell to pay and pay they do! In other words,”Trouble Man”,was throroughly impressive,and its a crying shame that this film is not out anywhere on DVD and Video since the last time I saw this was when I was little with my parents in the movie theatres,and again as an adult when cable’s The Fox Movie Channel. This film is Rated “R” for strong graphic violence and language with parts of nudity for some of the sexual material.

About the motion picture soundtrack to “Trouble Man”:(Release in 1972) This soundtrack came out before the film did,and if you check it out it is a soul classic of the era. However,this was basically a jazz album by the way since Motown great Marvin Gaye wanted to do a jazz instrumental piece for years,but here is the album that gave a new generation a classic piece of brilliant soul. Here is vintage soul music with all the arrangements and songs written by Marvin Gaye himself and it is worth the listening experience,so please check it out.