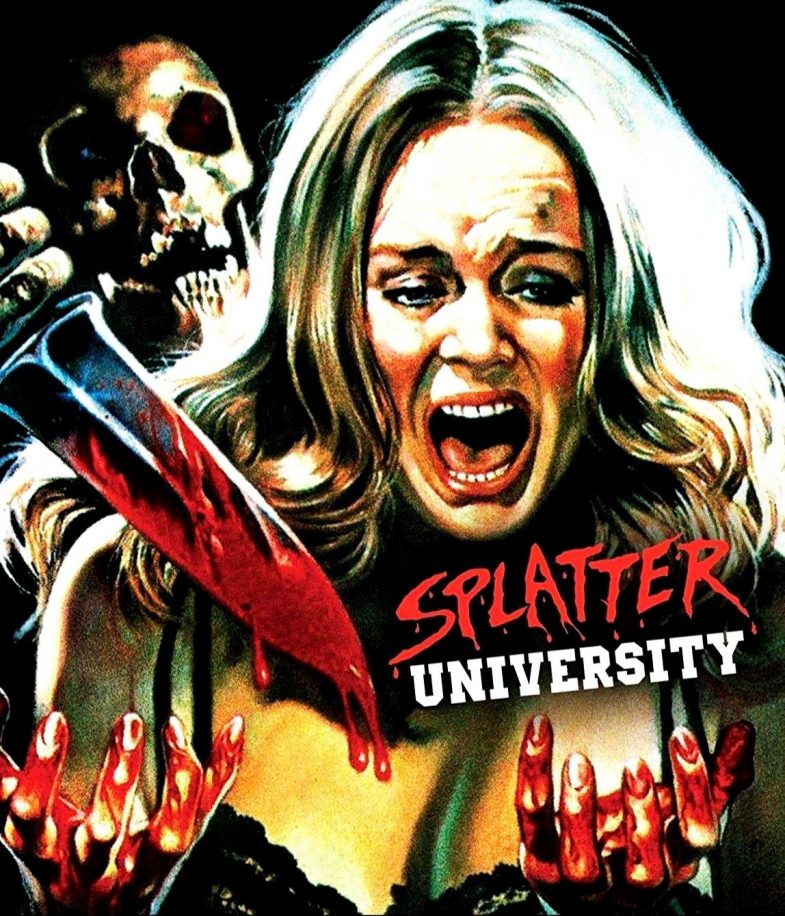 Directed by Richard W. Haines, most famous for his co-directing post on CLASS OF NUKE ‘EM HIGH (and his demotion to second-unit director of the film after only a week), SPLATTER UNIVERSITY tells the tale of random college students who are introduced and immediately murdered. Meanwhile, a new teacher tries to solve the mystery of who’s spilling all this university blood. The VHS cover’s cheerleader mysteriously never shows up to class.

The film features many wacky college-kid antics (which are damn near impossible to hear because of sound issues), murders (which are almost all uninspired stabbings), and a mystery that is face-palmingly obvious from very early on. Still, the film never takes itself that seriously and there are quite a few intentional and unintentional laughs to be had. As long as you find rampant misogyny and bloody killings funny (and who doesn’t!).

It’s only 78 minutes long, and I can safely say I enjoyed most of them. I’m a little surprised at the largely negative reviews here which don’t mention how dang fun the whole thing is. Great to pair with FINAL EXAM or THE DORM THAT DRIPPED BLOOD for a trashy double feature of dead collegians.