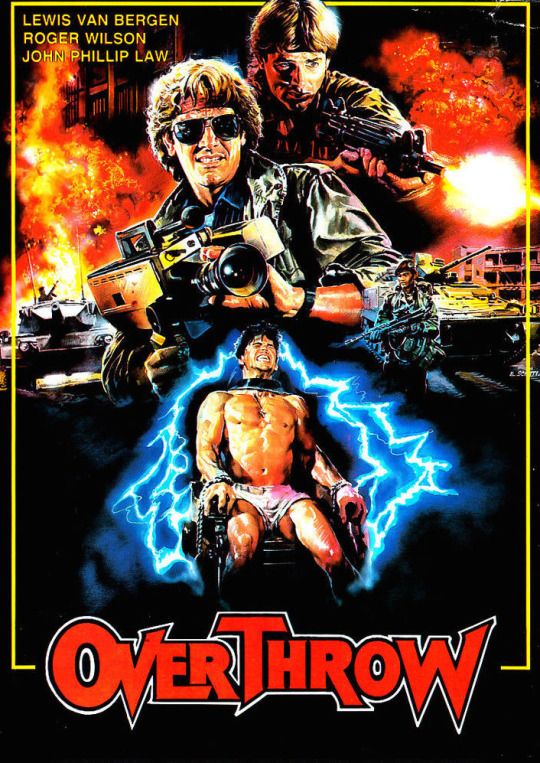 The two protagonists are reporters/photographers who get reluctantly involved in a government takeover in a South American country. In the mix are Communists, terrorists, the C.I.A.(as represented by John Phillip Law), and the national army. The two American characters (Lewis Van Bergen and the previously-mentioned Wilson) are really obnoxious, “wisecrack” even when they are being tortured, and are supposedly “macho” guys, although the end result of their characterizations is anything BUT “macho.” (Please note the scene where the two are practically ‘cuddling” on the floor when they are being held prisoner about a third of the way through the film. Their “American abroad” attitude is incredibly condescending to Latino culture; in that, these two morons might remind Eurotrash fans of the idiotic pair of heroes in the Kommisar X films of the 60’s.)