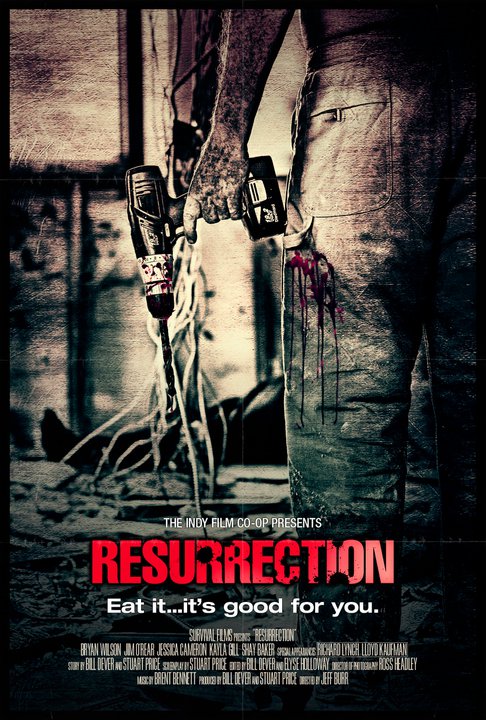 Two years on and it looks like Resurrection — a sci-fi/horror film from Jeff Burr that the Backbrain first introduced in May 2010 — is on the verge of release. We still don’t know what exactly is being resurrected, but producer and co-writer (with Stuart Price) Bill Dever has sent along the official poster for the feature film, along with a teaser trailer and some pictures.

A USA-UK co-production conceived and produced by Stuart Price and Bill Dever, Resurrection’s story revolves around a batch of genetically modified corn that has caused the township that grew it — and eaten it — to go berserk — that is, turn into typical midwestern small-town folk (as depicted by horror films anyway). When a couple of college kids return home over the Easter holiday weekend, they find themselves threatened by a bunch of refugees from a Rob Zombie film. One thing’s for certain, there will be blood — and politics!