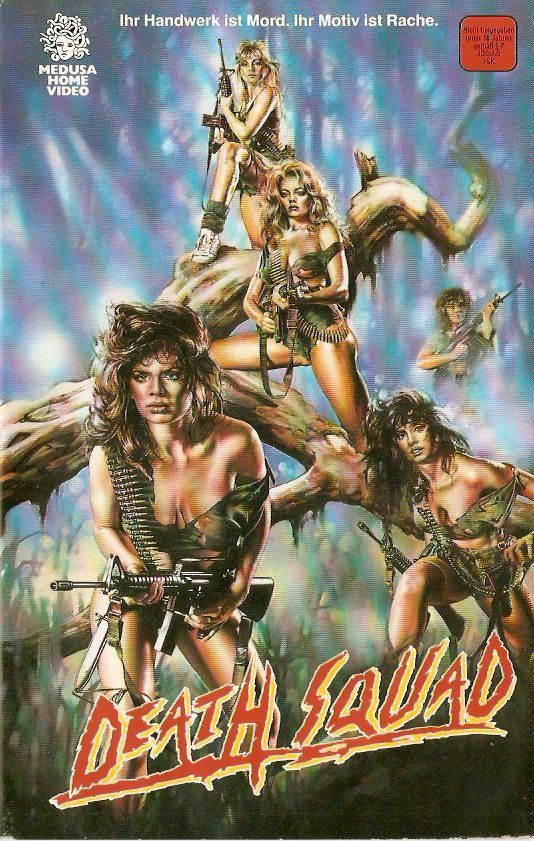 Mankillers. The name itself should tell you to ‘lighten up’ and relax while you sit back on a late Friday or Saturday night to watch this one.

It’s about a girl (McKenna) who is a former CIA agent that must put together and train a group of 10 women convicts. Their job is to find John Mickland and stop him (by any means necessary). Hence the name ‘Mankillers’. Mickland has been up to no good in the form of kidnapping young girls and selling them to rich nogood individuals.

It’s a cheesy movie that looks like a group of 10 to 15 friends got together to make. With that said, you will get plently of laughs from the lack of special effects, or the low budget stunts that are performed. There is one scene where some kidnapped girls are being kept in the man guarded camp. The camp itself is low budget defined. There are all these shacks constructed of 2 x 4’s and sheet metal. But that all adds to the effect of a ‘budget on a shoestring’. The movie has some classic scenes too. The head bad guy has a scene where he is interrogating another man (an infiltrator). He handcuffs the guy up to the ceiling and pulls out a chainsaw (like in Scarface) and yells at the guy. The authority in his voice and the way he delivers the dialog is classic. The scene ends *SPOILER* with the chainsaw being driven into the helpless victim and fades out as we hear his blood curtling screams. Classic.

The movie has some fairly cute girls in it, but there is no nudity that I recall. It’s any 80’s movie, so you get plently of the 80’s outfits along with the 80’s fluff chick hair.

All in all the movie is quite entertaining and is definitely worth renting. I found it at Blockbuster for many years but it might be hard to find nowadays in the year 2000. But it is worth the hunt.