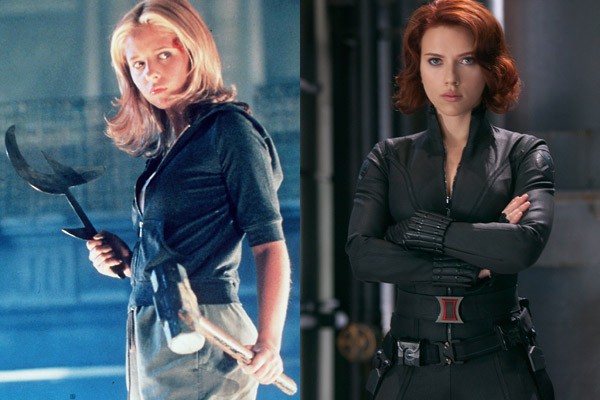 Despite what seemed like overwhelmingly good news for Marvel Enterprises lately — including the record-breaking success of The Avengers as it remained the best-selling movie three weekends in a row and Avengers vs. X-Men topping the comic book charts — the skies above the self-styled House of Ideas aren’t entirely clear of clouds: While everyone in the movie industry is wishing that they had their own Marvel superhero project, both ABC and Fox have passed on pilots from the company’s television division. Coincidental madness, or a sign that the networks have realized that live-action superheroes don’t seem to work on the small screen?

Consider, for example, the sad fates of other recent superhero series such as ABC’s 2010 No Ordinary Family (one season, 20 episodes) or NBC’s 2010 The Cape (one season, 10 episodes), not to mention the unsuccessful 2007 Aquaman pilot Mercy Reef or the similarly unreleased 2011 Wonder Woman pilot. While it’s true that not every show disappears as quickly — look at the CW’s Superman-in-training series Smallville, which made it 10 seasons — long-term successes in the genre are outliers compared with short runs or medium-length burn-outs like NBC’s Heroes.

The classic 1970s Incredible Hulk made it to five seasons and 1950s Adventures of Superman an impressive six, but those may be Smallville-esque anomalies. Like Heroes, the 1990s Lois & Clark and 1980s Superboy went from surprise success to cancellation in four years, while the 1960s Batman, 1970s Wonder Woman and Shazam, 1980s Greatest American Hero and 2000s Mutant X all hit it and quit it after three seasons. Suddenly, you can understand why ABC said no to AKA Jessica Jones in spite of the familial connection (both ABC and Marvel are owned by the Walt Disney Corporation) and Fox didn’t move forward bringing the Punisher to weekly television. These shows apparently aren’t built to last. But why?

The problem may be that the audience has become too familiar with the blockbuster superhero movies that have appeared with increasing regularity since Bryan Singer’s X-Men back in 2000: we’ve come to believe that superhero stories are just too big for television. Think about it: in movies like the Spider-Man trilogy, the Avengers movies, Christopher Nolan’s Dark Knight series or Green Lantern, the stakes are always so much higher than simply foiling a bank robbery or socking the latest bad guy in the jaw; now, every single adventure has to involve saving the city, the world or all of existence, it seems, in order to match what we’ve already seen. That’s great for a movie, but for the continuing narrative of serial television? Maybe not so much.

Compare the aftermath of Avengers with what followed the saved cheerleader, saved world of the first season of Heroes. What happens after you save the world? Either you have a comedy bit about shwarma, or you have to suddenly come up with a “Volume Two” that (a) doesn’t feel like a retread of where you’ve just been and (b) isn’t a letdown for the audience, which is fairly difficult considering the last thing you did was save the world. One of those is easy, and one is very, very difficult. (Yes, I know that there will be an Avengers 2 as well as new installments in the Iron Man, Captain America and Thor, but there will be time for both the audience to get over the first saving of the world and for the creators to determine how to follow that trick up.) Superhero television may not necessarily breed contempt, but exhaustion — both for the viewers and those responsible for creating the show itself.

Perhaps a more immediate concern to the networks, however (since creative exhaustion means nothing when showrunners are so easily replaceable, as Dan Harmon has sadly demonstrated this weekend) is the fact that it is barely conceivable for a television show to be able to match the special effects seen in superhero movies on a weekly basis in terms of both cost and man-hours. For better or worse, superhero movies are the baseline for what an audience expects visually from a superhero story these days. Anything less than, say, Green Lantern-level effects and audiences will complain about things looking hokey and unbelievable, and credibility is lost. In short, the idea of how much work it will take — and how much money said work will cost — to make effects that look “good enough” in an age where seven or eight different digital effects houses worked on Avengers was likely enough to turn off ABC and Fox, especially considering the relative failure of the ambitious and expensive Terra Nova last season.

(READ: Extinction-Level Event: Why You Should Care That Terra Nova Was Canceled)

“Superhero movies, at their best, are a juxtaposition of character, drama, comedy and action,” explains Drew Pierce, a screenwriter whose credits include both British superhero television series No Heroics and next year’s Iron Man 3. “But audiences really like that action bit — whether it’s Avengers or Dark Knight or Iron Man 3. It’s clearly an essential component of the cocktail, because when that part’s not up to snuff, a lot less people go to see your movie. But big action set-pieces are thus far way too pricey for weekly episodic TV — and even when shows try to achieve the scale, they can’t compete with the movies coming out that weekend.”

So does that mean that live-action superhero television is entirely dead or doomed to future failure? “Absolutely not. You just have to approach them — and, crucially, their duties — differently to their movie cousins,” Pierce says. ”You have to be aware that you can’t compete with the structures and strictures of the superhero stories you’ve seen on the big screen. Essentially you have to insert the world of superheroes into a different genre from the ‘superhero movie’ itself. A TV genre, ideally.”

Pierce cites Brian Michael Bendis’ Powers as the perfect example of this type of form. In development with FX since 2009, this series features police officers operating in a world filled with superheroes, villains and super crime. “At heart it can be a crime procedural — the most enduring, salable, franchisable TV genre in the world. If and when they figure it out [as a television show], that genre crossover is world-beating. Forget zombies, forget vampires. I you nail superheroes in a forensic procedural? You’re golden,” Pierce says.

(READ: The Evolution of Hulk)

But even if Powers remains stalled at FX, there’s still hope for homo superior and their crime-fighting colleagues. After all, ever since Batman, the Guardian and Mr. Terrific debuted in the four-color comic books of the 1940s, there has been a superhero alternative to the big-screen-friendly shock and awe of the hyper-powered hero — and we’ve had the model for the perfect television series featuring that kind of character in our hands for more than a decade, thanks to the very same man currently dazzling audiences with Iron Man, Hulk and Black Widow.

Buffy Summers, Vampire Slayer is the ultimate television superhero. There are roughly several thousand nerds who will argue with me on that point, but really: She fights evil no one else can, she has abilities beyond normal people and she has to keep her activities secret from most of her friends and family. Buffy The Vampire Slayer was most definitely a superhero series in form and inspiration; echoing the tone and construction of early Marvel Comics, the series played physical, fantastic conflict off emotional, “mundane” (that is, realistic) drama, ensuring that neither one was ever clearly dominant. (Buffy may have, as the series said, “saved the world… a lot,” but it’s hard to feel that anything was more difficult than dealing with the death of her mother.)

Take that combination of never-ending, constantly overlapping personal struggles and fistfights and add a shadowy figure behind the scenes, pulling strings and escalating events before being discovered, confronted and (usually) defeated, and what do you have? Not only every season of Buffy, but also every extended story arc from the golden age of The Amazing Spider-Man comic. This storytelling model is an easily adaptable way forward for television superheroes, and one that’s already been proven to succeed. Smallville, after all, was essentially Buffy Superboy in its construction. (Smartly, it’s also a show that kept the big pyrotechnics at bay until the series finale, avoiding the “And then what?” problem.) No wonder that the CW’s replacement show Arrow seems to follow a similar path with an even more low-powered hero: Green Arrow, who has no powers, but is really good with a bow and arrow. Syfy’s Alphas, which debuted last year, has similarly found success in limiting its storytelling scope, if not its ambition.

We’ve been living in a post-Buffy era for some time — literally since 2003, but figuratively since the show debuted in 1997 — and we’ve been dealing with a new breed of superheroes (Angel, Supernatural, Grimm) ever since. It’s possible that the televisual prevalence of such characters primed us for their big-screen dominance without anyone noticing. If networks want to take advantage of the audience’s taste for superheroes, there’s really only one way to go: Make the genre bigger by going smaller.