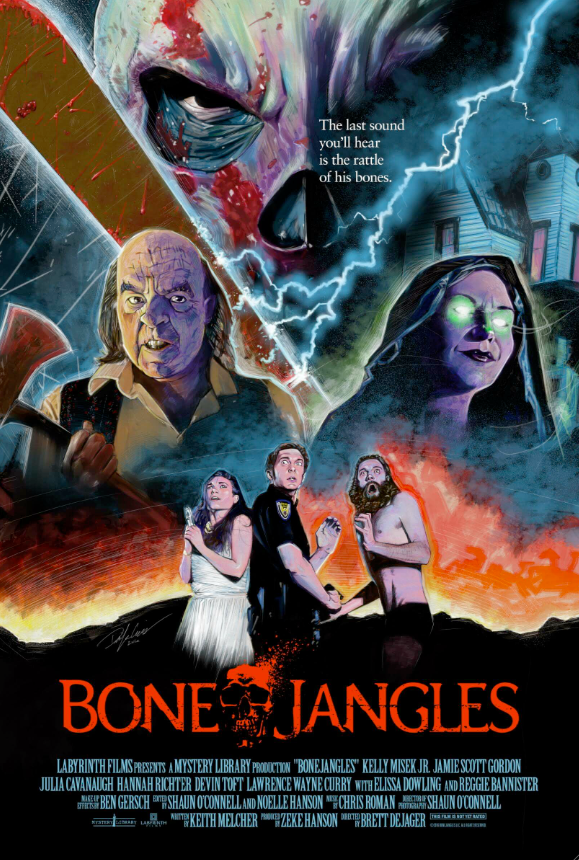 While the 2017 movie “Bonejangles” from director Brett DeJager and writer Keith Melcher is labeled as a horror comedy, there wasn’t much of either of those to be found here. The movie wasn’t the least bit scary, and it utterly failed to make me laugh or smile.

The movie was off to a fairly poor start, then suddenly they threw zombies into the mix, and I decided to hang around and continue to watch the movie, as I love everything zombiesque. Turns out that adding zombies didn’t really improve much on anything here, as the movie just kept on trotting ahead in the same monotonous and generic manner it had previously.

The characters in the movie were not particularly outstanding or memorable in anyway; and the serial killer Mr. Bonejangles, well, let’s just say that he was as scary as a stack of fallen leaves and had the appeal of a jellyfish. Horrible, just horrible.

I managed to endure “Bonejangles” to the bitter end. Was I entertained? No, not particularly, but there are worse movies out there. I hoped the movie would pick up eventually, but it never happened.