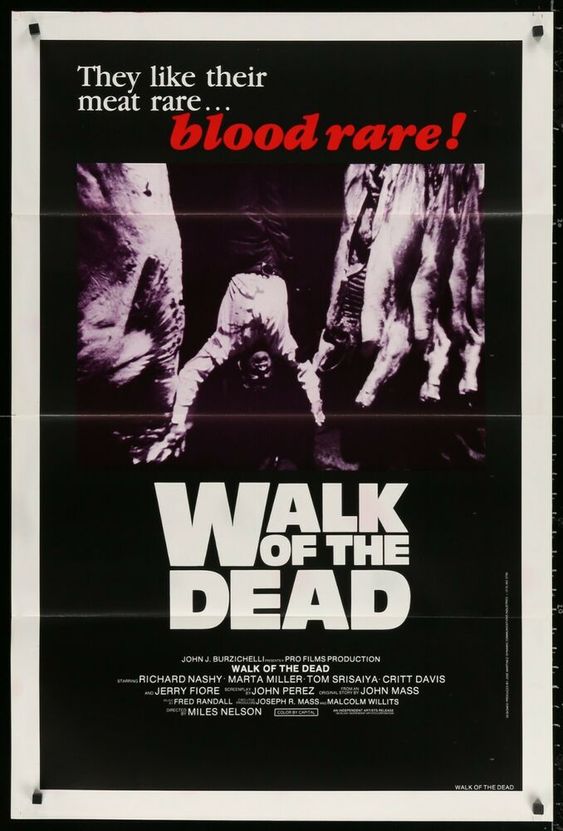 An Indian mystic (Paul Naschy) uses magical chants to raise women from the dead, then sends them out to perform revenge killings for him.

As with many (most?) of Naschy’s films, he wrote his own script. In other reviews, you might see people complain about the mix of voodoo and Hindu mysticism, which are two very different, unrelated things. And while that may be a fair critique, it distracts from a bigger point: it does not matter, so long as the movie is enjoyable. (When Naschy mixed his werewolf with Elizabeth Bathory, was there outrage that Bathory — historically — never met a werewolf?)

But Naschy himself was aware that the blend — and its finished product — were strange and unconventional. He later wrote, “I must have been under the effects of hashish or, like Bram Stoker, I had one hell of a nightmare.” The true origin of the tale is up to viewers to decide. And directing is Naschy’s long-time collaborator, Leon Klimovsky, who had recently directed Nashy in “Werewolf Shadow” (1970).

The film, as far horror goes, is quite good with its shady characters, dark plots and plenty of blood. The makeup is excellent, both on the zombie women but even more so on Naschy’s satyr character. The makeup effects person, Miguel Sese, should be better known; he was thrice nominated for a Goya and won with “Juana la Loca” (2001), but does not seem to have gained much traction outside of Spain.

One of the strange things about Euro-horror films is the path they take on the festival circuit and beyond. The cuts, the multiple name changes. In America, one of the men responsible for bringing the film to theaters was John J. Burzichelli, the son of a New Jersey politician and a politician in his own right. Who knew the world of Democratic politics overlapped with screening sleazy Spanish films?

Now (2017) Scream Factory brings us the film on Blu-ray, looking and sounding better than ever. We also have the option to watch it with clothed sequences or not. Unfortunately, this is one of the two films in the Paul Naschy set not to have an audio commentary, but the movie really does speak for itself and should be enjoyed no less just because we cannot hear scholars ramble over the top of it.