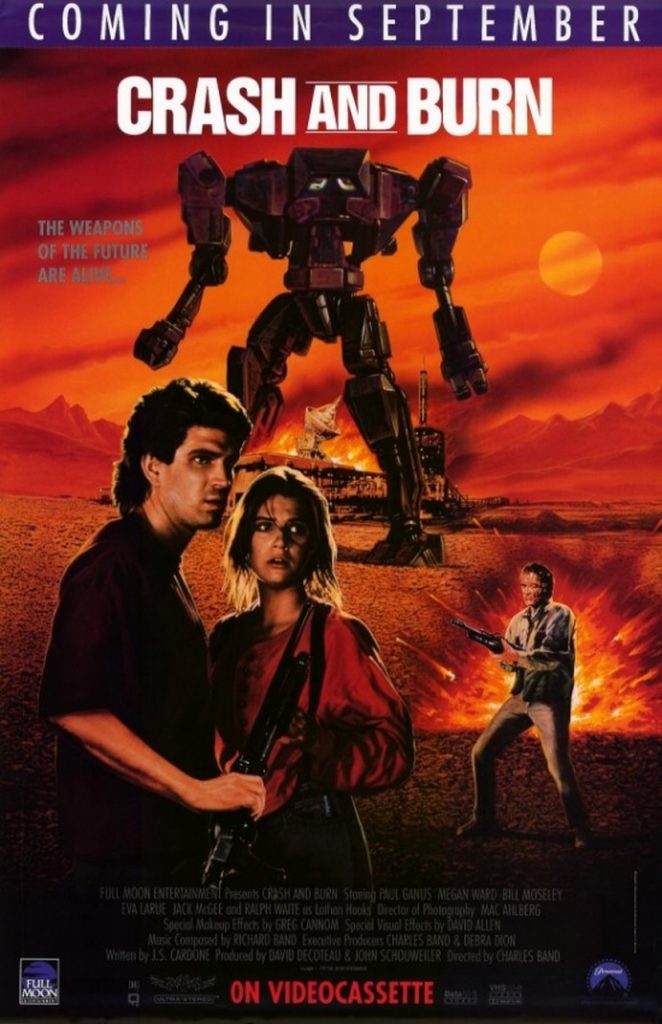 This horribly directed ‘movie’ could be one of the biggest dissapointments I have seen for a while. Being a big fan of the movie, Robot Jox, I came across this in a video store, and the title, Crash and Burn, was one of the lines from Robot Jox that I remembered well and stored in my everyday vocabulary. I saw that there was a robot on the cover… maybe this is a Robot Jox-like movie, I thought in pure excitment. But then reality….horrible reality came upon me. The movie in itself is worthless….horribly directed, bad effects, and a robot which is only in the whole movie for 1 minute. I thought the movie started to go downhill once the main character meets that girl and she asks him to stay over…. me and a friend were both like “NO! Don’t stay over!” But he did. And that’s the whole movie. Him staying over at some girl’s place, hiding from the sun, blah blah blah. Bad plot, horrible acting, crappy script, tight budget….. the list goes on and on. Don’t waste your time or money on this. It is not at all like Robot Jox.