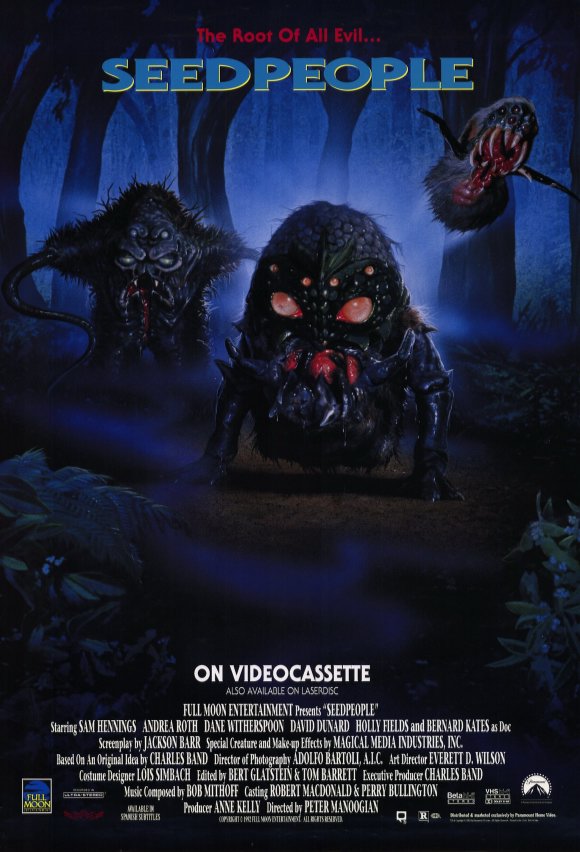 A geologist returns to his home town of Comet Valley to search for a meteorite that landed several years ago. He stays at a bed and breakfast run by his former girlfriend (who looks ten years younger than he does). It turns out that giant alien seeds have landed and transformed the locals into emotionless, mind reading zombies. Our hero teams up with the local scientist / drunk to stop these “Seedpeople” from taking over.

If the plot sounds familiar, you may have seen one of several versions INVASION OF THE BODY SNATCHERS. The plot is hardly original, the acting is very poor (everyone has a moment where they shame their acting coaches) and the special effects are not so special. Yet, I love this movie! Why? Because Hollywood horror movies these days are all filled with CGI, obnoxious characters, loud music and explosions in place of an actual story. Hollywood is obsessed with remaking classic movies that insult the intelligence of fans of the original films or making endless amounts of torture porn sequels instead of coming up with an original idea. SEEDPEOPLE has very little in the way of digital effects, choosing to use physical effects instead, doesn’t try to hide its low budget and offers likable characters and low key music. Yeah, it’s an unofficial remake, but it doesn’t insult me like current remakes.