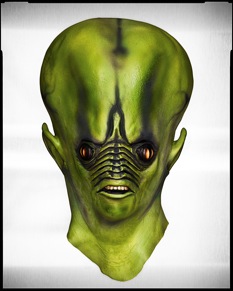 Growing up on the Upper East Side in the nineteen-seventies, I was a bit of a shut-in. I would prefer to have been a sickly child. I always love it when I read a biography of some key Modernist or neurasthenic Victorian and it says, “So-and-so was a sickly child, forced to retreat into a world of his imagination.” But the truth is that I just didn’t like leaving the house. Other kids played in Central Park, participated in athletics, basked and what have you in the great outdoors. I preferred to lie on the living-room carpet, watching horror movies.

I dwelled in a backward age, full of darkness, before the VCR boom, before streaming and on-demand, before DVRs roamed the cable channels at night, scavenging content. Either a movie was on or it wasn’t. If I was lucky, I’d come home from elementary school to find WABC’s “The 4:30 Movie” in the middle of Monster Week, wherein vengeful amphibians chased Ray Milland like death-come-a-hopping (“Frogs”), or George Hamilton emoted fiercely in what one assumes was the world’s first telekinesis whodunnit (“The Power”). Weekends, “Chiller Theatre,” on WPIX, played horror classics that provided an education on the subjects of sapphic vampires and ill-considered head transplants. I snacked on Oscar Mayer baloney, which I rolled into cigarette-size payloads of processed meat, and although I didn’t know it at the time, started taking notes about artists and monsters.

Fate was cruel and withholding, and then suddenly surprised me with a TV announcer’s tantalizing words: “Stay tuned for ‘The Flesh Eaters’ ”; or “Don’t go away! We’ll be right back with ‘Children Shouldn’t Play with Dead Things.’ ” I couldn’t look the title up on the Web, couldn’t know anything beyond what its luridness conjured, and there was the frightening possibility that I might never have the chance to see the movie again. Who knew when this low-budget comet would return to this corner of the galaxy? Its appearance was a cosmic accident, one that might never be repeated. Weeks before, some bored drone at the TV station had decided to dump it into this time slot, and today I happened to be home from school with bronchitis. Did I have time to grab some baloney or a bowl of Lucky Charms before the opening credits ended?

Thanks to “Star Wars” ’s Pavlovian ministrations, I got excited whenever I heard the horns that accompanied the Twentieth Century Fox logo. I started to recognize the names of the studios responsible for my afternoon diversions: Hammer, Amicus, American International Pictures. I associated certain people with quality product: Roger Corman (“Day the World Ended,” the original, 1960 “Little Shop of Horrors”); Samuel Z. Arkoff (“Queen of Blood,” “The Amityville Horror”). Men in rubber reptile suits crept through the gloom, and cars ran out of gas on spooky backwoods lanes. Final-reel showdowns between the hero and the mad scientist unfurled in dungeons whose walls were made of gray foam—and seemed remarkably familiar from the climax of last week’s movie. I was in fourth grade, and already getting acquainted with that great American virtue the Lack of Quality Control.

FROM THE ISSUECARTOON BANKE-MAIL THIS
I didn’t draw a distinction between good movies and bad movies. For every science-fiction classic—such as “The Day the Earth Stood Still” (emissary from the Galactic U.N. warns humans about good citizenship)—that I discovered on UHF channels on bright summer days, there was a “Food of the Gods” (giant chickens rain pecking doom on a small island) that sent me twiddling the V-hold. For every new addition to the canon that my family saw on opening night, like “Alien” (an outbreak of tummy trouble among space miners) at the old Loews Eighty-sixth Street, there was a “Demon Seed” (rom-com about a horny computer that wants to impregnate Julie Christie). I valued body count over mise en scène. This is what I understood about art: its very existence was credential enough. If it had posters and TV ads and contained within its frames actual human beings who had posed before cameras and mouthed words, it satisfied the definition of a movie, and that was enough for me.

At the time, many of the New York cinemas that showed the movies I liked were disreputable shacks, where marijuana billowed from the back rows, insects nibbled on the candy glued to the floor, and the telephone booths in the lobby provided stages for all sorts of shady theatre. The city had not fallen so far into ruin, however, that my younger brother and I were allowed to stroll into these places unsupervised. Fortunately, our parents were fellow-enthusiasts, and had in fact given us a taste for this peculiar fare. Mom and Dad didn’t believe in censorship. We enjoyed beheadings, disembowellings, sexual assaults—all sorts of flickering R-rated depravity—the way others might take in a Grand Canyon vista: as a family.

Some might characterize my parents’ casual attitude as neglect, but I prefer to interpret it as a refusal to shield their offspring from the realities of twentieth-century life. There were lessons to be learned in the movies we saw. Fail to regulate nuclear energy, for example, and it’s only a matter of time before you’ll be overrun by grasshoppers mutated to gigantic size (“Beginning of the End”). If, in your travels, you come across an establishment with bleeding walls, screaming mirrors, or pagan guest-room shrines garlanded with intestines, you’ll know that you’re in a haunted house. It was survival training. “A Clockwork Orange,” which I saw several times on HBO before I was ten, taught me more about not opening my door to strangers than a hundred school-assembly lectures. I never talked much in educational settings, so it is unlikely that I asked my mother, “What are they doing to that woman?” during my introduction to Stanley Kubrick, but, had I inquired, I’m sure she would have said, “It’s a comment on society, son.”