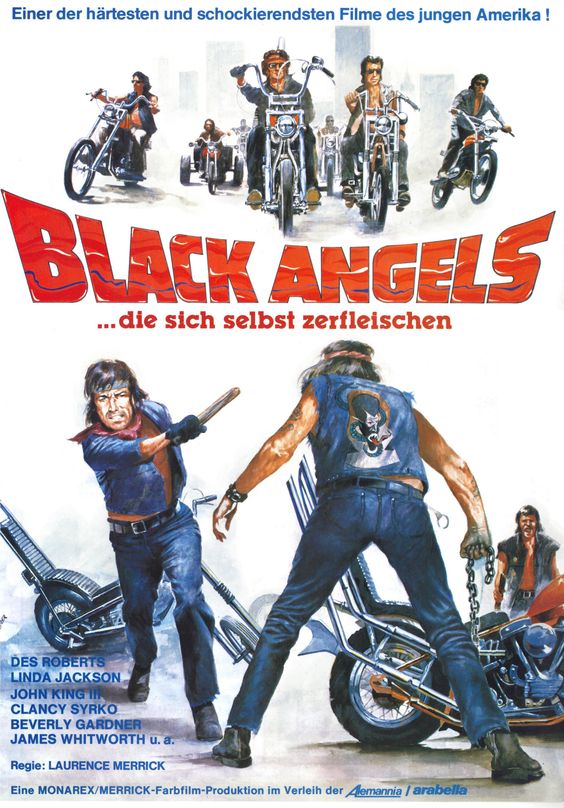 This movie begins with a young man by the name of “Jimmy” (James Young-El) who aspires to become the leader of a black motorcycle gang known as the Choppers. So to gain some notoriety he decides to set up a man named “Chainer” (Des Roberts) who is the leader of a rival motorcycle gang called Satan’s Scorpions. Unfortunately, Jimmy dies in the attempt and it is up to Chainer to bring the news of his death to the Choppers. Needless to say, the members of the Choppers aren’t very happy when Chainer comes unannounced and uninvited but their leader who goes by the name of “Knifer” (Robert Johnson) respects his action and allows him to return to his gang unharmed. Unfortunately, the tension between the two gangs continues to increase with one person in particular more than eager to provide the necessary spark to ignite an all-out war. Now rather than reveal any more I will just say that this film had a decent enough plot but there were certain problems with the execution that were difficult to ignore. For starters, the director (Laurence Merrick) used too many flashback scenes which detracted from the movie rather than enhancing it. Likewise, too much time was spent on high speed chases and other assorted riding scenes at the expense of character development or a meaningful script. Additionally, the music played during these riding scenes was pretty bad as well. In any case, the fact of the matter is that there are plenty of other “biker films” out there which are much better and I have rated this picture accordingly.