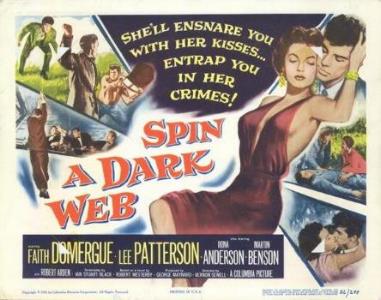 A boxer fails to take a dive as promised. Fight promoter Martin Benson sends Lee Patterson to warn him –nicely. The fighter knocks Patterson down, who kills him in reply. Now Patterson is on the run, and wants Benson to protect him…. and he knows all the angles.

It’s a nice, dirty little movie, well directed by Vernon Sewall, with an unusual take on the sort of dirty boxing promoters who look upon the whole operation as the entertainment business, and who want things to run smoothly. I can’t help but think it’s all a metaphor for the movie business under the Studio System, with the managers trying to run a nicely packaged system, and the talent they so depend on always bollixing things up, leaving the bosses to fix things without anyone getting hurt. Anyone else, that is. There are some nice performances by Faith Domergue as Benson’s bloodthirsty wife, and some familiar performers, like Sam Kydd amd Bernard Fox (in his screen debut), further down the cast list.