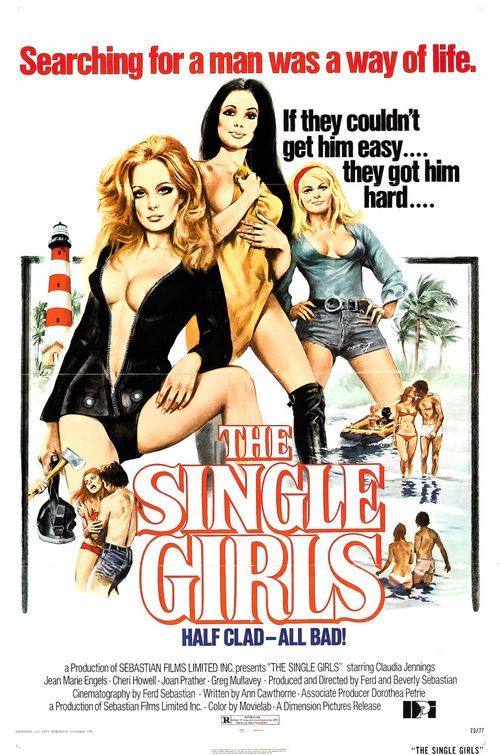 A group of men and women travel to an island retreat where Dr. Phillip Stevens (Wayne C. Dvorak) helps them to expand their sexual awareness by discussing their needs, getting them to fondle each other in the dark, and walk around blind-folded. One visitor in particular is in need of some serious therapy: they’re sneaking around the island bumping off the women (all of whom are, rather unbelievably, absolute babes).

Opening with a murder – the harpooning of a young woman – by an unseen killer, Bloody Friday (AKA The Single Girls) looks set to be a fun photo-slasher, perhaps inspired by the success of the Italian giallo genre; instead, it winds up being a rather tedious slice of highly dated hippie nonsense that focuses more on the characters’ relationships than on their untimely demises.

The first half an hour is particularly wearisome, with lots of dull chit-chat, weird group sessions, and belly dancing. The film eventually picks up a bit with some gratuitous nudity from most of the women and a couple more murders (although they are frustratingly tame in terms of bloodletting), but the film as a whole is an unremarkable and instantly forgettable drive-in flick, one that even slasher completists and fans of exploitation babe Claudia Jennings (who plays ‘final girl’ Allison) might struggle to sit through.