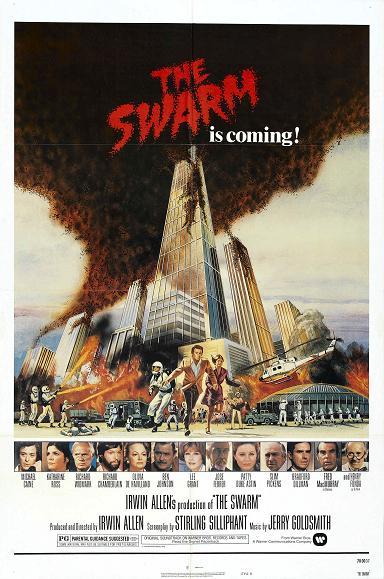 Highly enjoyable (and very expensive) flop from Irwin Allen, the Master of Disaster. Michael Caine, with help from a bunch of other famous actors, fight against a huge swarm of African killer bees and almost destroy the entire city of Houston in the progress. Try to get hold of the longer version (about half an hour longer than the original), which contain more drama and longer action scenes. Considered a turkey among most critics, but this film is far better than many recent box-office hits. Note that the local cinema is showing “The Towering Inferno”.