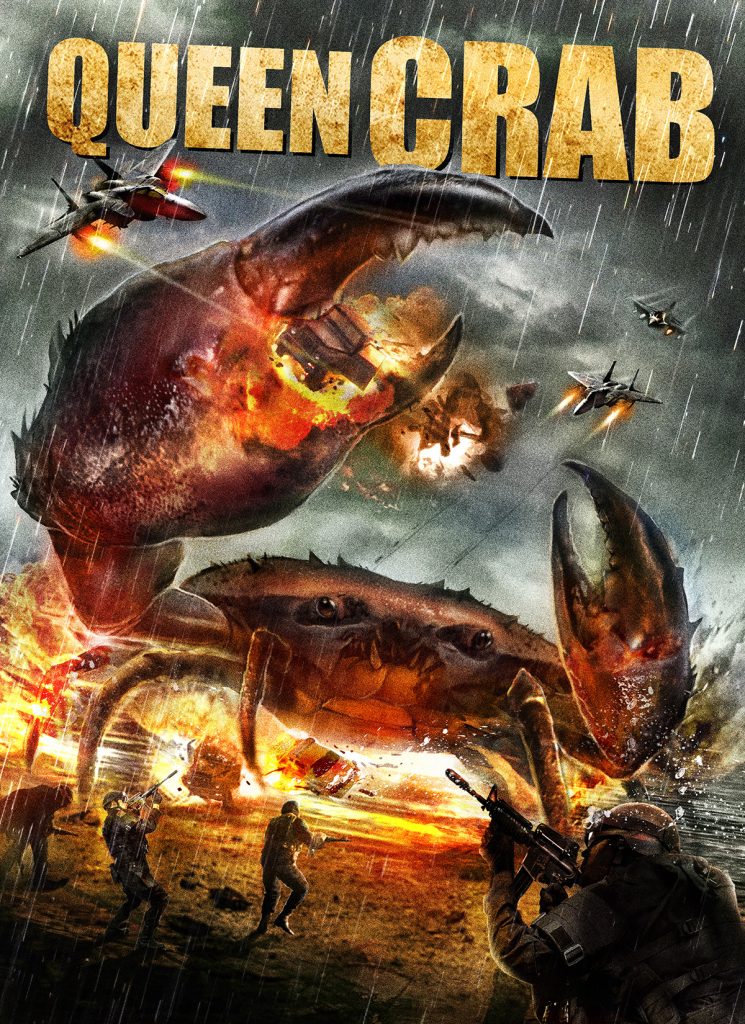 Watching ‘Queen Crab’ taking all that into account, with conflicted expectations and taking it for what it is, the film certainly could have been far worse and there are definitely worse films out there, of its genre, kind of film and in general. Is it an irredeemably bad film? No. Is it a good film? Not even close. Did understand what ‘Queen Crab’ was going for, that it seemed to pay homage to 50s creature films and it was clear for it to not take itself seriously, but felt that it didn’t execute either very well. And this is coming from someone who gave the film a chance with no intention to dislike it with prejudice, and saw the whole thing.

The effects are not great at all with some awkward movements and cheapness, not blending well often with the environment, but they could have been far worse. While the intention to not take itself too seriously is to be applauded, ‘Queen Crab’ too often gets on the wrong side of silly absurdity.

Story-wise, it is ridiculous with a lot of draggy pacing, as a result of paper thin, often unevenful and over-stretched story-telling, and clumsy and far from tense or suspenseful action. The acting is a bad mix of overdone and bland, no real standouts while the photography is relatively drab, the ending is far-fetched and the dialogue is cheesy and ham-fisted.

For all those faults, ‘Queen Crab’ is not a complete mess. The titular creature has a little menace and is not too goofy. The sound isn’t too intrusive or too much of a drone.

‘Queen Crab’ has the odd fun moment, it doesn’t confuse and at least it was clear what tone and approach the film was aiming to go for, that cannot be said for a lot of low-budget viewings seen recently.