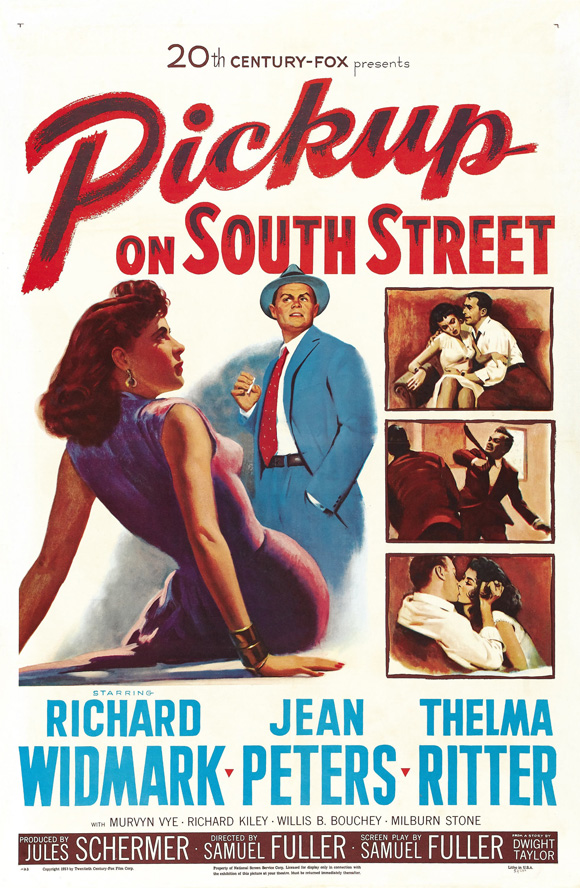 Skip McCoy is a three time loser pick pocket, unable to curb his instincts back on the street, he picks the purse of Candy on a subway train. What he doesn’t realise is that Candy is carrying top secret microfilm, microfilm that is of high interest to many many organisations.

Director Samuel Fuller has crafted an exceptional drama set amongst the seedy underworld of New York City. Communist spies and shady government operatives all blend together to make Pickup On South Street a riveting viewing from first minute to the last. Based around a Dwight Taylor story called “Blaze Of Glory”, Fuller infused this adaptation with a heavy set political agenda, something that many at the time felt was over done, but to only focus on the anti communist leanings is doing it a big disservice.

Digging a little deeper and you find characters as intriguing as any that Fuller has directed. The main protagonist for one is the hero of the piece, a crook and a shallow human being, his heroics are not born out of love for his country, they are born out of his sheer stubborn streak. It’s quite an achievement that Fuller has crafted one of the best anti heroes of the 1950s, and I’m sure he was most grateful to the performance of Richard Widmark as McCoy. Widmark is all grin and icy cold heart, his interplay with the wonderful Jean Peters as Candy is excellent and is the film’s heart. However, it is the Oscar nominated Thelma Ritter who takes the acting honours, her Moe is strong and as seedy as the surrounding characters, but there is a tired warmth to her that Ritter conveys majestically.

It’s a “B” movie in texture but an “A” film in execution, Pickup On South Street is a real classy and entertaining film that is one of the best from its most intriguing director.